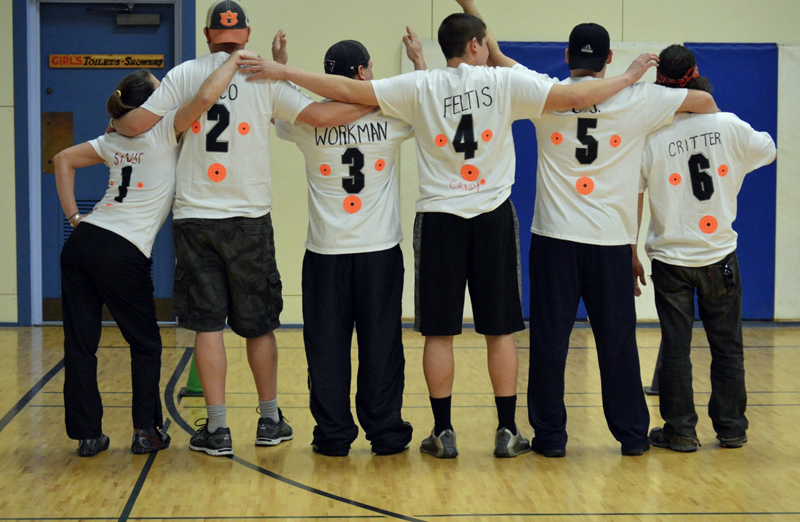 The fourth annual dodgeball tournament to benefit the Merritt Brackett Lobsterboat Races during Olde Bristol Days in August will take place Saturday, March 16 at Bristol Consolidated School, 2153 Bristol Road, Pemaquid (Bristol). This tournament is fun for the whole family, with the adults getting quite competitive.

Registration will open at 9 a.m. and preregistration is highly recommended, as spaces fill up quickly.

It is a double-elimination tournament that will start at 10 a.m. with grades five through eight. In between divisions there will a 15-minute intermission. High school teams will play next, followed by the adults. One should arrive early to ensure starting times. Registration forms can be downloaded at oldebristoldays.org.

Each team must have a minimum of one female and a maximum of six players. Bristol Parks and Recreation is pleased to again sponsor a youth team in need. Cash prizes will be awarded for best team uniforms and clever team names. The winning high school team will be invited to play again in the adult bracket. Custom made T-shirts will be awarded to the youth teams. The members of the winning adult team will get their names engraved on the perpetual trophy and bragging rights for a year.

Special thanks to the Reny family for its continued support in sponsoring this event. Also thanks to local celebrity and returning master of ceremonies Don Carrigan from Channel 6 News.

Directly following the tournament, the public is invited to the awards reception at The Harbor Room in New Harbor. Special dodgeball drinks and food specials will be available for purchase.

For more information about having one’s team sponsored, registration forms, and anything one might want to know, contact either Sheila McLain at rentals@ldchase.com or 677-2100 or Laurie Mahan at mahanlaurie@yahoo.com or 380-3058.