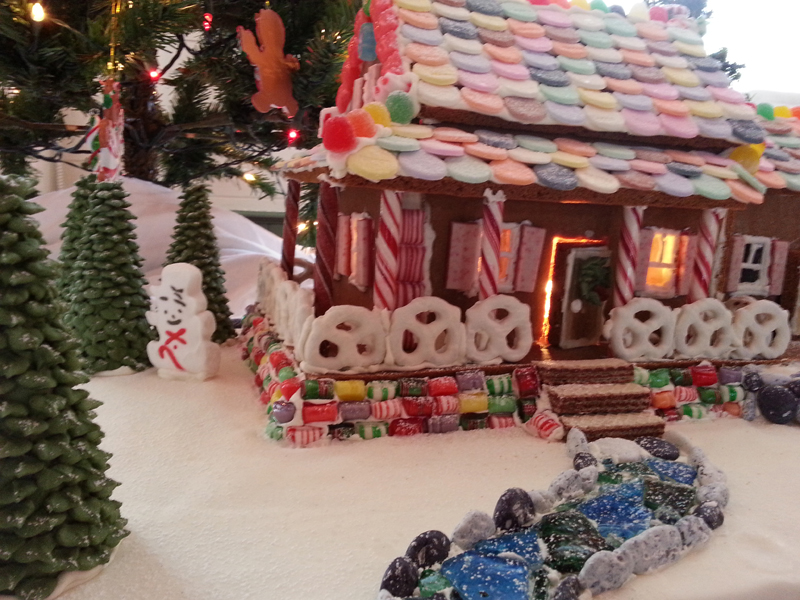 As families push back from the Thanksgiving table this month, others in the Midcoast will begin designing and baking their entries for Boothbay Harbor’s magical Gingerbread Spectacular. This December marks the 10th annual Gingerbread Spectacular at the historic Opera House at Boothbay Harbor, and from early scouting reports, it sounds like it may be the best one yet.

The Opera House at Boothbay Harbor offered a gingerbread house building class in mid-November that has inspired more than a few absolute novices to jump into the mix for this year’s confectionery challenge. They will be joining seasoned builders in the often hilarious competition for the coveted award of Most Spectacular. While only one will win the 2016 grand champion title, others will be awarded prizes for Best Holiday Spirit, Best Traditional Gingerbread House Design, Largest, Best Landscaping, Most Obsessive-Compulsive, and Most Hilarious. In some years, depending upon the whims of the judges, booby prizes have even been awarded.

The names of the 2016 judges are currently being withheld from the public but will be announced in time for bribes to be offered and accepted.

Gingerbread house and castle creators are encouraged to contact the Opera House at Boothbay Harbor to sign up and reserve space for their confectionery creations. Gingerbread structures must completed and delivered to the opera house on Thursday, Dec. 15 or Friday, Dec. 16 from 10 a.m. to 3 p.m. All entrants will receive two tickets to the awards ceremony. Awards will be announced at the Dough Ball on Friday, Dec. 16. For further information on entering the Gingerbread Spectacular, visit the Opera House at Boothbay Harbor at 86 Townsend Ave., Boothbay Harbor, or call 633-6855 or email info@boothbayoperahouse.com.