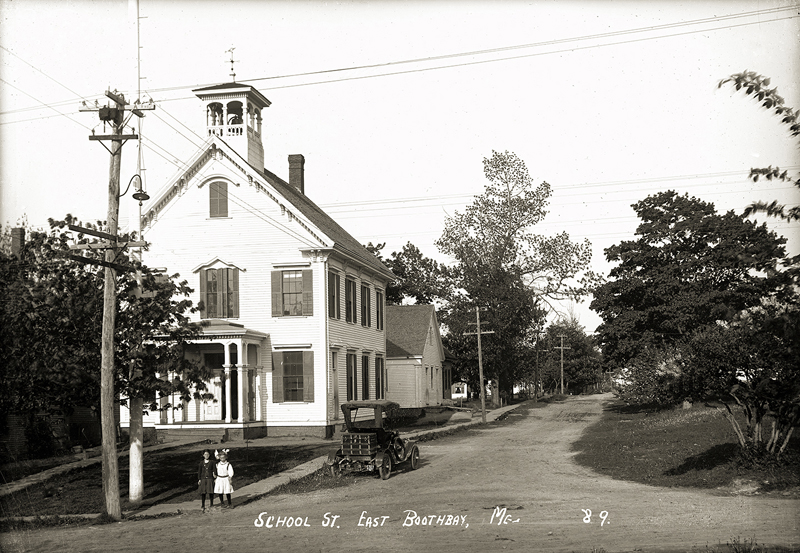 A historic photography exhibit titled “Lincoln County Through Eastern’s Eye” will be on display at Boothbay Railway Village May 27-June 29. A related illustrated talk by Penobscot Marine Museum photo archivist Kevin Johnson will take place at 7 p.m. on Tuesday, June 6 at the same location; admission to the talk is free, with a suggested $5 donation.

From 1909-1947, photographers traveled across Maine in Model Ts shooting scenes of small towns and rural life. They worked for Eastern Illustrating & Publishing Co. in Belfast, making postcards during the craze at the turn of the 20th century when an estimated 200 billion to 300 billion postcards were produced and mailed worldwide. But the photographers for Eastern Illustrating & Publishing Co. shot scenes that had often been overlooked by larger postcard companies, and they created a highly personal and intimate portrait of our state.

“Lincoln County Through Eastern’s Eye” is on loan from the Penobscot Marine Museum, located in Searsport. The museum has nearly 50,000 negatives taken by Eastern Illustrating & Publishing Co.

Boothbay Railway Village museum is located at 586 Wiscasset Road, Boothbay. The talk will take place inside the museum’s 1847 Boothbay Town Hall. For more information, go to railwayvillage.org or call 633-4727.