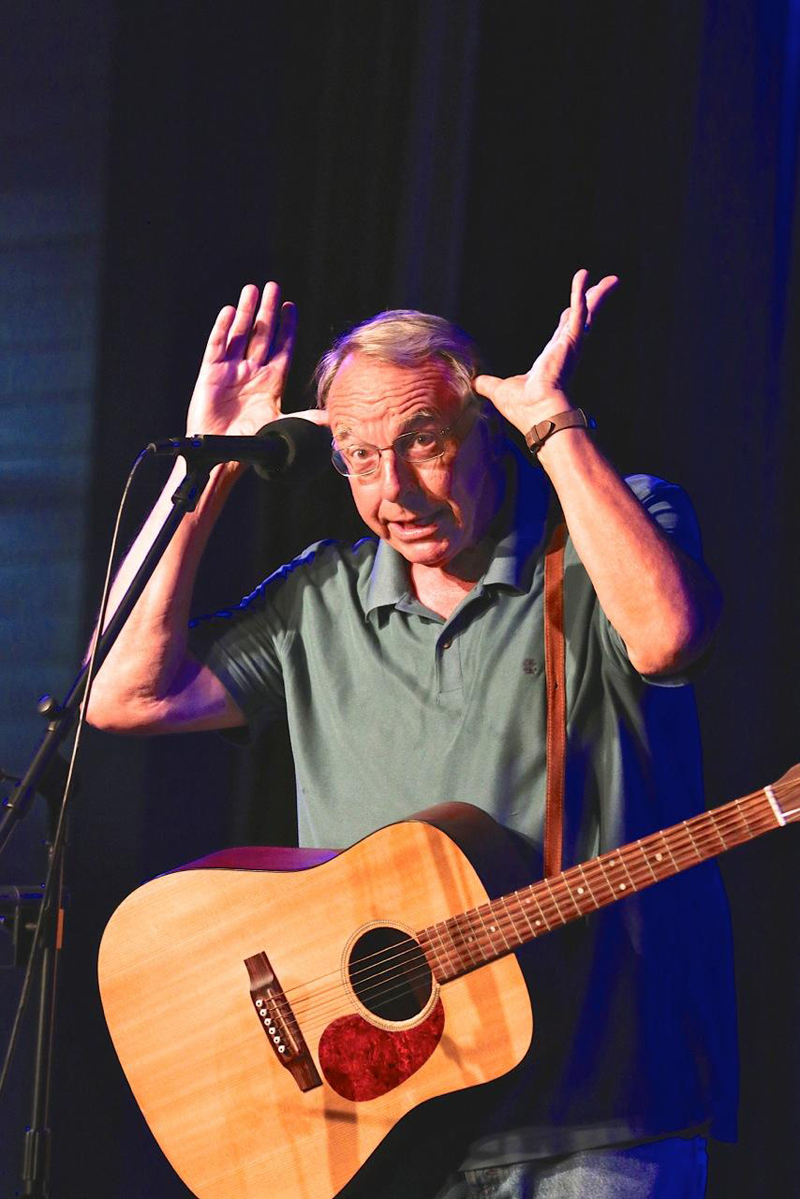 On Thursday, July 18, in what has become a summer tradition, Tim Sample returns to Boothbay Harbor to perform at the Opera House. Sample is a Maine native whose unique New England style of humor has gained him a national following.

When introducing Tim on ABC’s Good Morning America, Charles Gibson referred to him as, “The man who wrote the book – literally, on Maine humor!”

Describing Sample’s work as “humor” rather than “comedy” is, according to fellow Mainer and bestselling novelist Stephen King, an important distinction. “He’s a funny guy, you’ll get no argument from me on that score, but no more a comedian than Mark Twain or Artemis Ward. Like, them, Timmy (that’s what I always call him the way folks from up our way are apt to call their friends “dearie”) isn’t acting; he’s just talking in a kind of heightened and gifted way, as folks do when they’re passing on valuable tales about the human condition.”

Sample has deep roots in the Boothbay area, and when he returns to the historic Opera House stage he is likely to tell a few stories about those roots.

Advance discounted tickets are $20 and available from the box office at 86 Townsend Avenue or by calling 633-5159. Regular tickets are $25 and available online at boothbayoperahouse.com and on the day of the performance. The doors for seating open at 7 p.m. and Sample goes on stage at 7:30 p.m.