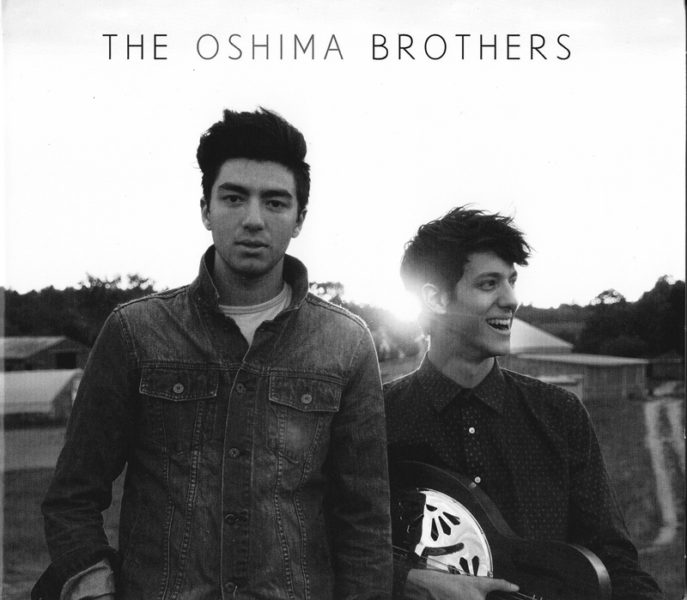 The cover of The Oshima Brothers’ debut CD.

Brothers Sean and Jamie Oshima, of Whitefield, are known for their powerful vocal harmony, joyous interaction, and skilled musicianship. They have been creating music together almost their whole lives. Their album is a collection of 11 original songs that explore themes of growth, travel, love, and longing, blending elements of acoustic folk and pop music. Sean’s songwriting and warm lead vocals are complemented by Jamie’s thrilling instrumentalism on guitar, bass, keys, and drums. The brothers draw inspiration from artists including Gillian Welch, Norah Jones, and Mumford & Sons.

Doors for this event will open at 6:30 p.m. Admission is on a sliding scale, from $8-$15. Complimentary delectable hors d’oeuvres and treats will be provided by Villageside Farm of Freedom.

For more information on the CD-release party and the band, or for details on where to buy a CD, call 512-0827 or email theoshimabrothers@gmail.com. To keep up with band news, check out The Oshima Brothers on Facebook.