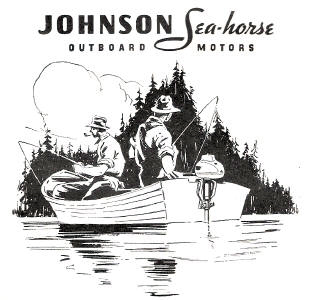 Amazing Innovation: Johnson 1922-1965 will take place at 7 p.m., June 21 at Boothbay Railway Village. This talk will look at the genius and partnership of the four Johnson brothers of Terre Haute, Ind.

“Amazing Innovation: Johnson 1922-1965” will take place at 7 p.m., June 21. This talk looks at the genius and partnership of the four Johnson brothers of Terre Haute, Ind. The Johnson brothers started building inboard two-cycle marine engines in 1903 in a barn behind their house and by 1910 they were building the first U.S. monoplane to exhibit their aircraft engines. In 1912, torrential rain, followed by flooding and a direct hit from a tornado, severely damaged their factory. Incredibly, they started again and created Johnson Brothers Engineering in 1918. In 1922, they designed and built a radical new lightweight outboard made largely of aluminum and by the mid-1920s, they surpassed Evinrude in sales.

After each talk, Stevenson will conduct a tour of the newly opened Stevenson Outboard Collection at Boothbay Railway Village, focusing on the outboard motors discussed in the presentation.

Admission is free; a suggested donation of $5 is appreciated. The talks will take place at Boothbay Railway Village, 586 Wiscasset Road, Boothbay. For more information, go to railwayvillage.org or call 633-4727.