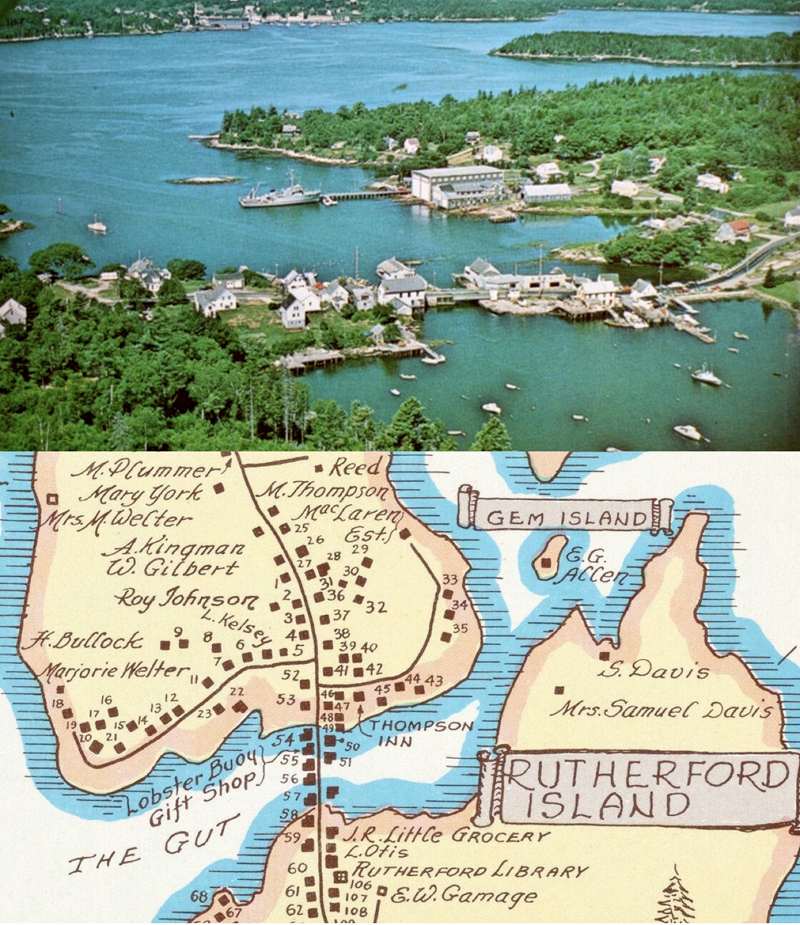 The South Bristol Historical Society will host a presentation titled “Postcards from Gus” at the Union Church Parish Hall, Middle Road, on Wednesday, Aug. 17 at 7 p.m.

Cathy Phillips Jewitt and John Meader will discuss the work of brothers Luther and Augustus (Gus) Phillips who created pictorial Maine maps and photographic postcards in the mid 20th century.

These materials were the basis of the Phillips business – State O’Maine Post Cards and The Phillips Maps of Maine. The Phillips Collection is now held at the Penobscot Maritime Museum where the postcard portion of the collection is being processed by museum volunteers including Gus’ granddaughter, Cathy Jewitt, of Nobleboro, and cartographer Ben Meader, of South Bristol.

Jewitt and Meader started a blog in 2020 and teamed up with Ben’s father John Meader, a photographer, to take present-day photos of some of the Phillips postcard images taken in the 1950s into the 1970s.

Come out for an evening of important historical Maine imagery captured in time and now preserved for future generations to enjoy. A reproduction of the South Bristol map will be available for purchase at this event, and also online at southbristolhistoricalsociety.org.

The blog “Postcards from Gus: A modern travelogue through Maine’s past” with multiple episodes so far, can be found online at sandboxatlas.org.

This event is free and open to the public. For more information, email sbhistorical@gmail.com or call 350-3247.