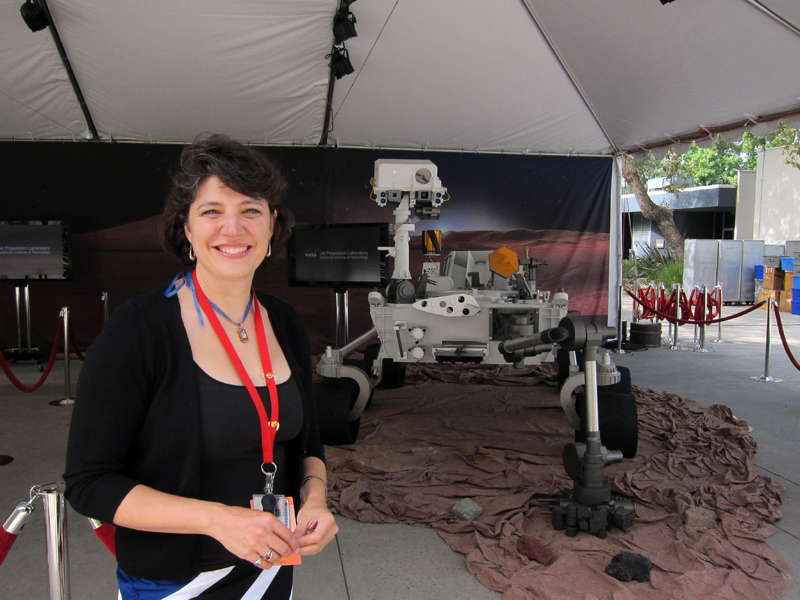 Aileen Yingst with a mockup of the Curiosity rover.

Skidompha Library’s “Chats with Champions” will feature Dr. R. Aileen Yingst, senior scientist at the Planetary Science Institute in Tucson, Ariz., on Tuesday, April 3 at 10 a.m. in the library’s Porter Meeting Hall. Her talk is titled “Roving the Red Planet: Five Years with Curiosity on Mars.” 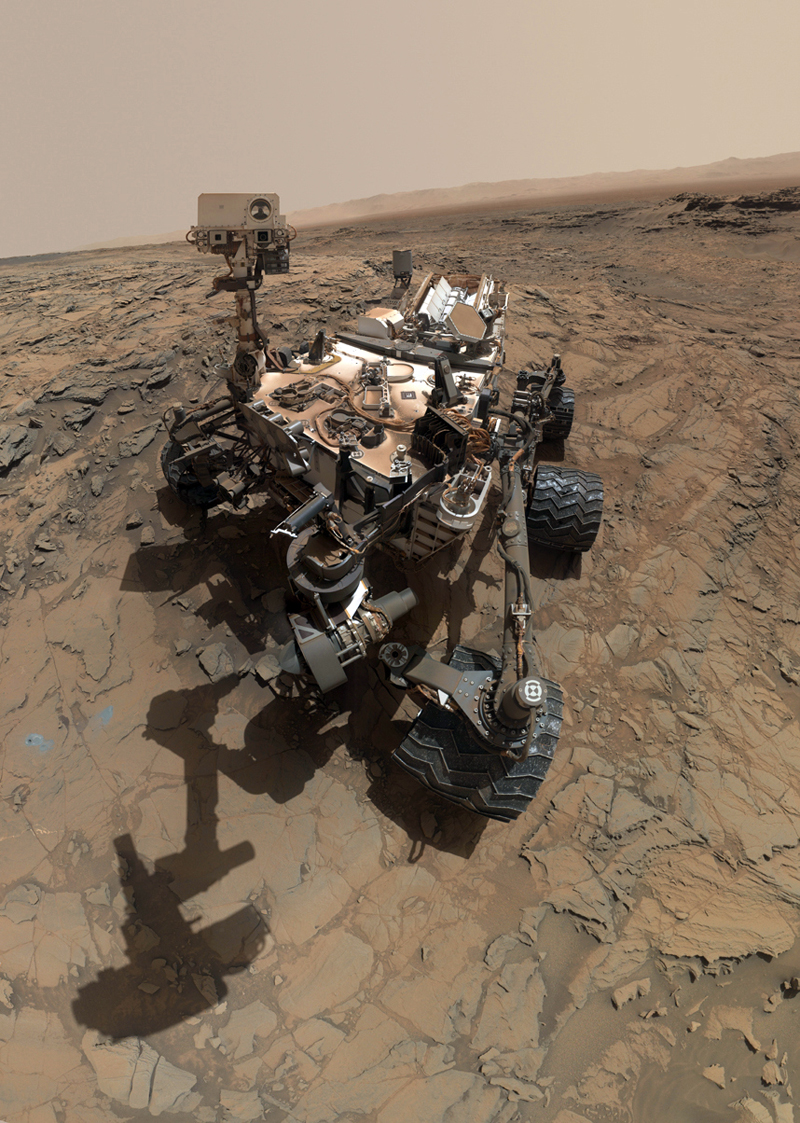 Over the last 5 ½ years, the Curiosity rover has been exploring Gale Crater on Mars. From the mudflats of the crater’s Yellowknife Bay to the dunes of Ogunquit Beach to the foothills and ridges of Mount Sharp, the rover has charted new and incredible territory, revealing a red planet that may once have been habitable. Yingst, the deputy principal investigator of the rover’s Mars Hand Lens Imager, will talk about where Curiosity has taken us.

The Planetary Science Institute is in Tucson, but Yingst works remotely from her home in Brunswick, Maine. Funded by NASA, Yingst is responsible for the Mars Hand Lens Imager camera, or MAHLI, one of the dozen or so cameras that has been attached to an arm of the Curiosity Mars rover. Yingst and her team plan Curiosity’s movements one sol ahead of time; “sol” is the name for a Mars “day,” which is approximately 37 minutes longer than a day on Earth.

MAHLI is such a powerful instrument that it can send images of individual grains of sand on the Mars surface. Yingst’s job is to photograph and analyze the planet’s geology for clues that might tell scientists whether Mars could have supported life. Mainers will recognize many of the names from Acadia National Park that Yingst and her team have given to Mars geologic features: Cadillac Mountain, Bar Harbor, and Thunder Hole, among others. A Civil War buff, Yingst has named a Mars rock for General Joshua L. Chamberlain.

In 2015, Yingst was elected a fellow of the Geological Society of America for her significant research in planetary geology, leadership roles in multiple planetary missions, work in training the next generation of planetary geoscientists through a decade of leadership in NASA’s Space Grant Program, and for her work in contributing to the public awareness of planetary geoscience. She received her Ph.D. and Sc.M. in geological sciences from Brown University and completed her undergraduate work at Dartmouth.

Chats with Champions is a free community offering from award-winning Skidompha Library. For more information, call 563-5513.