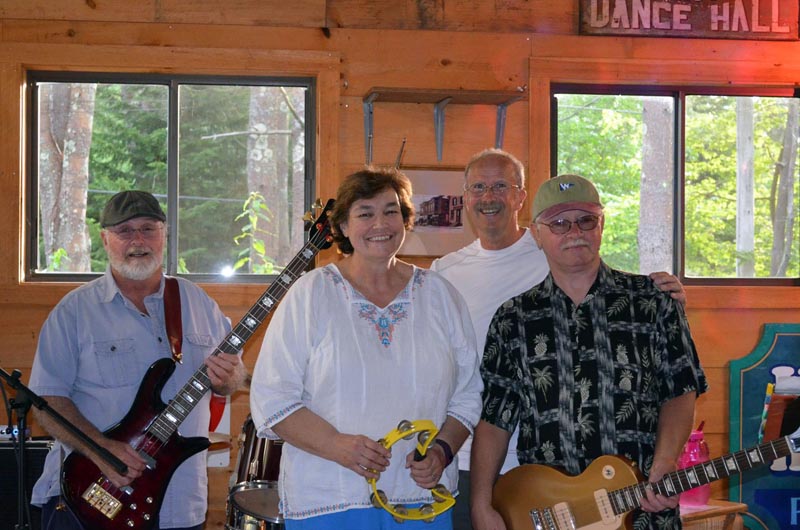 The musical group Salty Dogs will be featured at this year’s Bands for Books event on Sunday, Sept. 3 from 5-7 p.m. at picturesque Seafield Farm in Wiscasset, owned by Wiscasset Selectman Katharine Martin-Savage. It will be the fourth year the Friends of the Wiscasset Public Library group has held such an event, whose purpose is to raise money for projects such as painting, carpeting, and lighting to keep the historic Wiscasset Public Library building in good shape.

The group was formed four years ago after Dallaire asked friends to find other musicians who could join him in playing at his wife’s birthday party. The members had never played together before and were subsequently asked to perform at other events. The group has become popular in the Midcoast Maine area.

In addition to the music, which is danceable, there will be tasty hors d’oeuvres and a cash bar.

Fourteen items will be raffled off, including a print, a metal sculpture, an early Victorian desk inkwell set, a cake, a two-hour sail for two on the Sheepscot River, an hour airplane ride for three over Midcoast Maine, a case of wine, a picnic basket filled to the brim with goodies, and an on-site garden consultation.

There will also be a silent auction of a replica of an 18th century Windsor writing desk, handmade by the D.R. Dimes company and valued at $2,400.

Tickets for the library fundraiser are $20 ahead of time and can be purchased at the library, at 21 High St. in Wiscasset, or from event committee members Michelle Peele, Kate Curran, Cynthia Davis, Judy Flanagan, Katharine Martin-Savage, Wendy Ross, Jenn Spaur, Crissy Swartz, and Linda Winterberg. Tickets can also be purchased for $25 at the event itself, located at 191 Indian Road in Wiscasset.