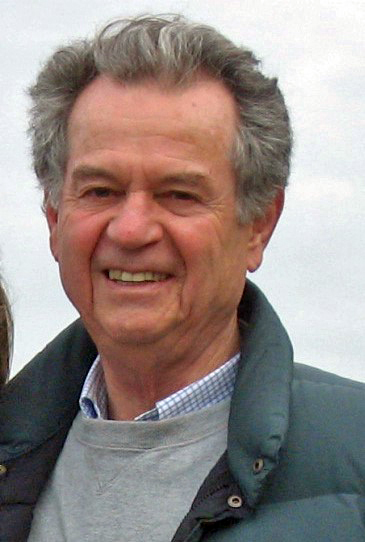 On Tuesday, Jan. 23 at 10 a.m., in the Porter Meeting Hall at Skidompha Library in Damariscotta, Chats with Champions will present Andrew Stancioff, who will speak about the threat and consequences of climate change to world order. This is one of the talks being given to provide background on this year’s Camden Conference, “New World Disorder and America’s Future.” One should allow time for parking.

Stancioff is a geologist, natural resource planner, analyst, and manager with 35 years of experience in geology, hydrology, agriculture, fisheries, forestry, climatology, and oceanography. He has 40 years of experience in developing countries and 25 years in Africa. During the last 10 years, Stancioff has worked to develop methods and models to monitor and evaluate poverty and conflict in areas under stress from overpopulation and overuse of natural resources and other forms of degradation. He is presently working on finding financing to plant trees in Africa to create natural carbon dioxide sinks and sources of food. He has been involved in modeling, demographic health, and environmental data in support of famine and conflict early warning systems.

Climate change, or “global warming,” has enormous implications for the future of humanity and the earth itself. The threat of climate change will have an impact on many aspects of our daily lives and those of future generations. We will see more and bigger storms, floods, higher sea levels, melting ice caps and glaciers, and the disappearance of many species of plants, animals, and insects. In the near future, we can also expect the impact of climate change to affect human behavior more and more negatively, resulting in security threats to the U.S. from within and from outside as other parts of the world become destabilized by the effects of climate change.

Many of the present-day conflicts have climate change at their core. These include the droughts in Syria and Iraq, and food insecurity in the regions of Nigeria, Chad, and Niger that have produced Boko Haram.

Stancioff has lived in Spruce Head for the last 10 years, where he has been active in supporting the Camden Conference on various committees.

Chats with Champions is a free community offering from Skidompha Library. For more information, call 563-5513.