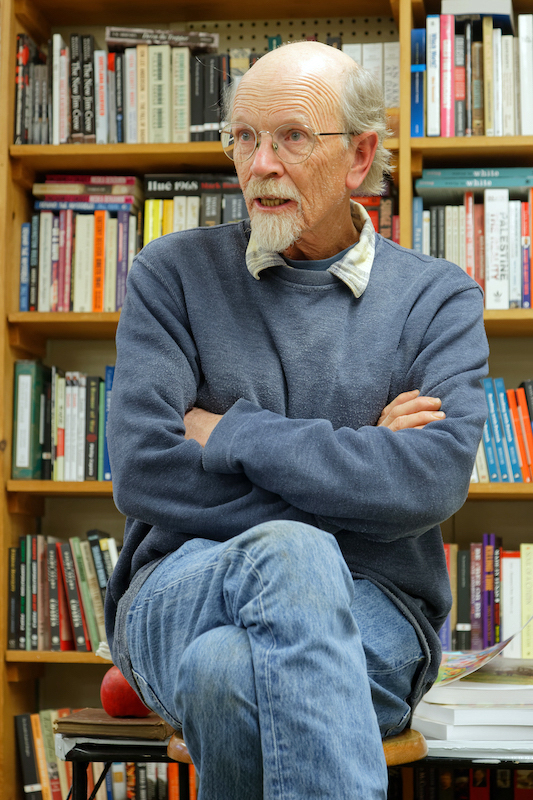 Skidompha Library’s “Chats with Champions” will feature John Bunker, Maine’s own heritage apple expert, at 10 a.m. on Thursday, Oct. 29. Bunker will speak on the topic of “The Maine Heritage Orchard – What is it and why should we care?”

During the 19th century, hundreds of apple varieties were grown in Maine. By the early 20th century, small diversified farms, with ten or twenty apple trees, had given way to large orchards of McIntoshes and Cortlands. Apples arrived with the first Europeans over 400 years ago and are part of Maine’s heritage. Preservationists are now racing against time to save the last of these lost varieties before they are gone forever.

For almost 50 years, Bunker, a pomologist, has been pulling over by the side of the road to marvel at ancient apple trees, has picked his way through old books and diaries, grafted new trees, and made lots of pies, sauce, and cider in his quest to rediscover the identity of the forgotten apple varieties of Maine. To preserve these heritage apple varieties, Bunker created the Maine Heritage Orchard at the Maine Organic Farmers and Gardeners farm in Unity with the support of Russell Libby, currently the farm’s director.

Bunker’s book, “Apples and the Art of Detection,” about the old varieties and why we should rescue them, is told as a detective story with photographs and artwork galore. It is beautifully illustrated by the author himself.  The book is available to purchase at Sherman’s Maine Coast Book Shop.

Individuals wishing to attend this online chat may visit Skidompha’s website, skidompha.org, to sign up. Registrants will be emailed a link prior to the event.