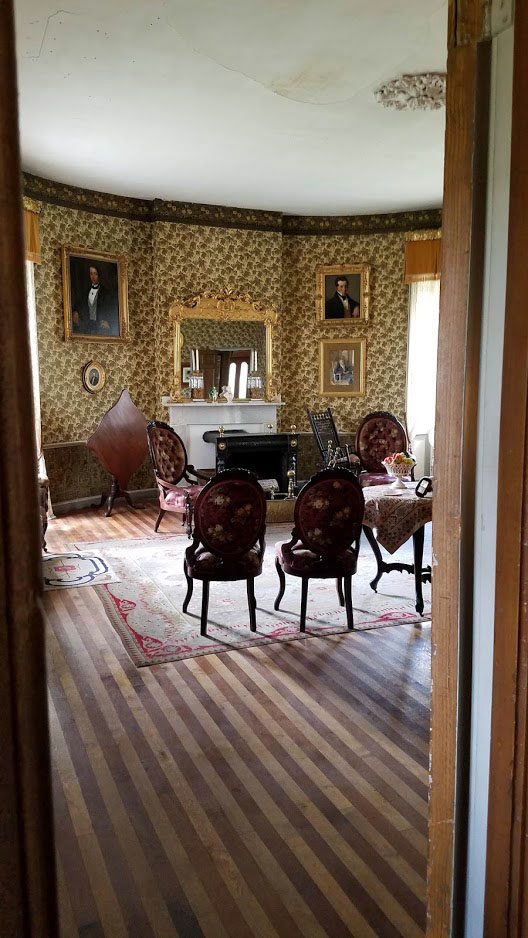 Views into preserved rooms at Castle Tucker provide a glimpse into history.

Castle Tucker will be offering a “Behind Closed Doors” tour on Thursday, Sept. 17 at 10 a.m. The tour will include rooms not included on the general tour. Tour size will be capped at six people to allow for social distancing. The mansion is filled with the original furnishings and decorations of the Tucker family, who lived here for over 140 years.

Admission is $15 for members of Historic New England, $25 for nonmembers. Tickets must be purchased in advance online, bit.ly/3hbobYF, or by phone, 882-7169.

Castle Tucker was built in 1807 by one of Wiscasset’s most prominent citizens, Congressman and Judge Silas Lee. In 1858, Captain Richard Tucker Jr., scion of a prominent Wiscasset shipping family, bought the house for his growing family. The Tuckers updated and redecorated to reflect the styles of their time. Very little was changed in the house after 1900, including a kitchen with four generations of kitchen technology still in place where it was used. The “Behind Closed Doors” tour will be offered again on Thursday, Oct. 8.