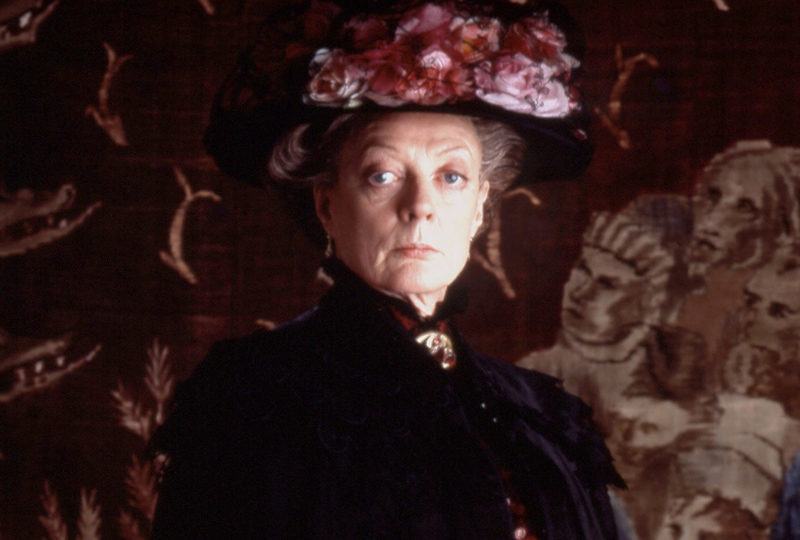 Maggie Smith stars as Mrs. Medlock in “The Secret Garden.”

For this series of programming, the theater will be screening a classic family film, for free, on select Saturday mornings at 10 a.m. About a month prior to the film showing, a limited number of copies of the book on which the film is based can be picked up at Skidompha Public Library; the reader will be able to keep the book. After the film screening, Skidompha youth librarian Mark Ferrero will lead a discussion about the book and the film. That being said, reading the book is not required in order to attend and enjoy the movie.

“The Secret Garden” is a novel by Frances Hodgson Burnett. It was initially published in serial form beginning in 1910, and first published in its entirety in 1911. It is now one of Burnett’s most popular novels, and is considered a classic of English children’s literature. It is often recognized as one of the best children’s books of the 20th century. The 1993 film version, starring Maggie Smith, was given four stars by film critic Roger Ebert, who said, “It is a beautiful, intelligent film — a fable, a lesson, and an entrancing entertainment.”

Copies of “The Secret Garden” are available for pickup now at Skidompha Public Library, 184 Main St., Damariscotta. The film will screen at Lincoln Theater, at 2 Theater St. in Damariscotta, at 10 a.m., Saturday, Oct. 29.

The series will continue with “Peter Pan” on Saturday, Dec. 3; “A Little Princess” on Saturday, Jan. 14, 2017; and “Black Beauty” on Saturday, Feb. 25. Both the book and movie are free and made possible through the generosity of a Lincoln Theater member.

Additional information can be found by calling Lincoln Theater at 563-3424 or Skidompha Public Library at 563-5513. Pick up a book now, start reading, and come see “The Secret Garden” on Oct. 29.