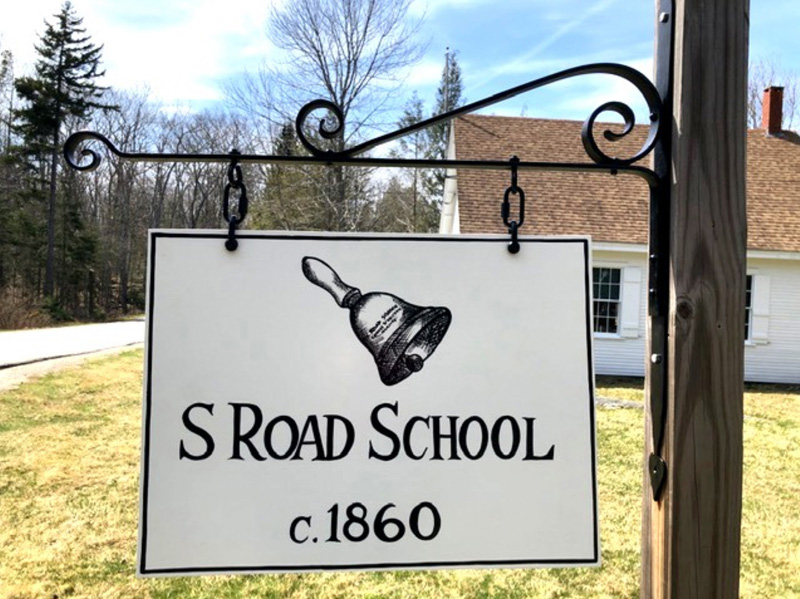 Three historic sites in South Bristol will be open Saturdays from 1-4 p.m. from July 2 through Aug. 27. Guides will be available for tours and answer questions.

The S Road School was originally built in 1860 and served as a one-room schoolhouse for 83 years until its closure in 1943. It has been renovated with many original items returned for display.

The smokehouse was moved to this site from the north side of the South Bristol Gut. Each year, herring are smoked here by the Lincoln family and friends, using traditional methods. The smoked fish are then sold locally, with proceeds donated to South Bristol Historical Society.

The museum is located south of the bridge on Rutherford Island. It is home to the society’s collection of artifacts and historical memorabilia. The museum was originally built as the Rutherford Library in 1934-1935 with donations and money provided by the Federal Emergency Relief Administration, a program established by President Franklin Roosevelt in 1933. A new library was built in 1998 north of the current grammar school.

The South Bristol Historical Society opened the museum at the old library in the summer of 2000.

Built in 1772, this historic building at the head of the South Bristol peninsula has served as a center of both civic and religious life for 250 years. The builder is believed to have been Samuel Woodward, a shipwright from Scituate, Mass., who later moved to Bristol. Of special interest is the superior design and workmanship of the pulpit, and the paneled balcony with its boards over 30 inches in width, a surprising feature since at the time of building all trees over 21 inches in diameter were to be saved for masts for the Royal Navy.

For more information, go to southbristolhistoricalsociety.org or call 350-3247.