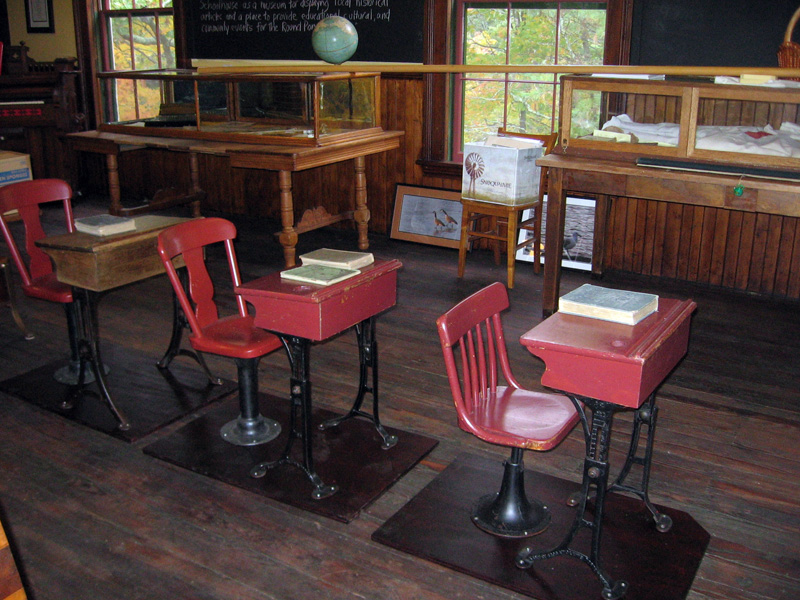 The museum at the Washington Schoolhouse will be open Wednesday afternoons from 2-4 p.m. in August.

Throughout August, the museum at the Washington Schoolhouse will be open on Wednesdays from 2-4 p.m. Visitors can imagine themselves back to the 19th century as they sit in the desks of the lovingly restored classroom. Built in 1885, the schoolhouse is at 1426 State Route 32 in the heart of Round Pond village. The Round Pound Schoolhouse Association administers the school. Admission is free.

Private museum tours can also be arranged by calling Bill Smith at 529-2008. He is the vice president of the schoolhouse association and a graduate of the Washington School.

The Round Pound Schoolhouse Association is dedicated to maintaining this 19th-century landmark as a place for educational, cultural and community events. For more information, go to roundpondschoolhouse.org or follow the Round Pond Schoolhouse Facebook page.