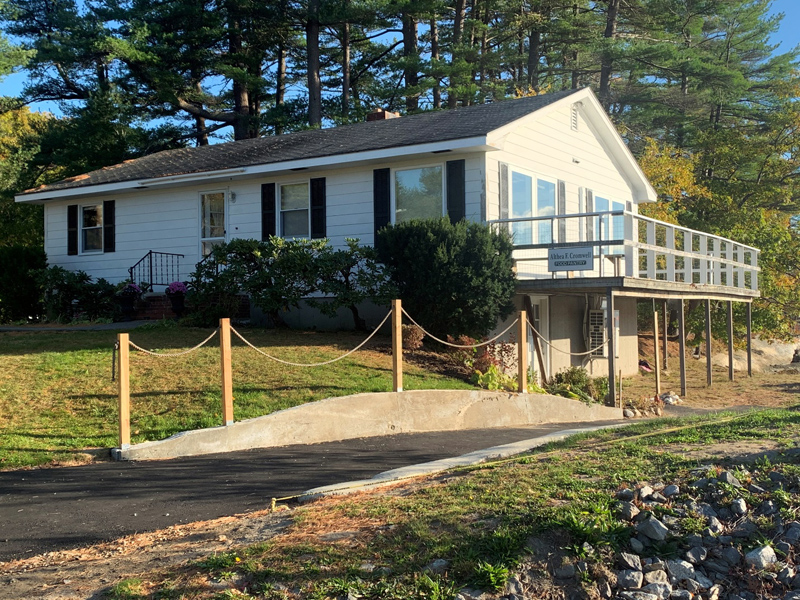 The Wright Landing House, with the Althea F. Cromwell food pantry in the basement and the history center on the main floor.

The grand opening of the Westport Island History Center at Wright Landing is Sunday, Oct 25. At 10 a.m. There will be a ribbon cutting and dedication of a plaque recognizing the work that has gone into creating the center. The building will then open for visitors until 3 p.m. 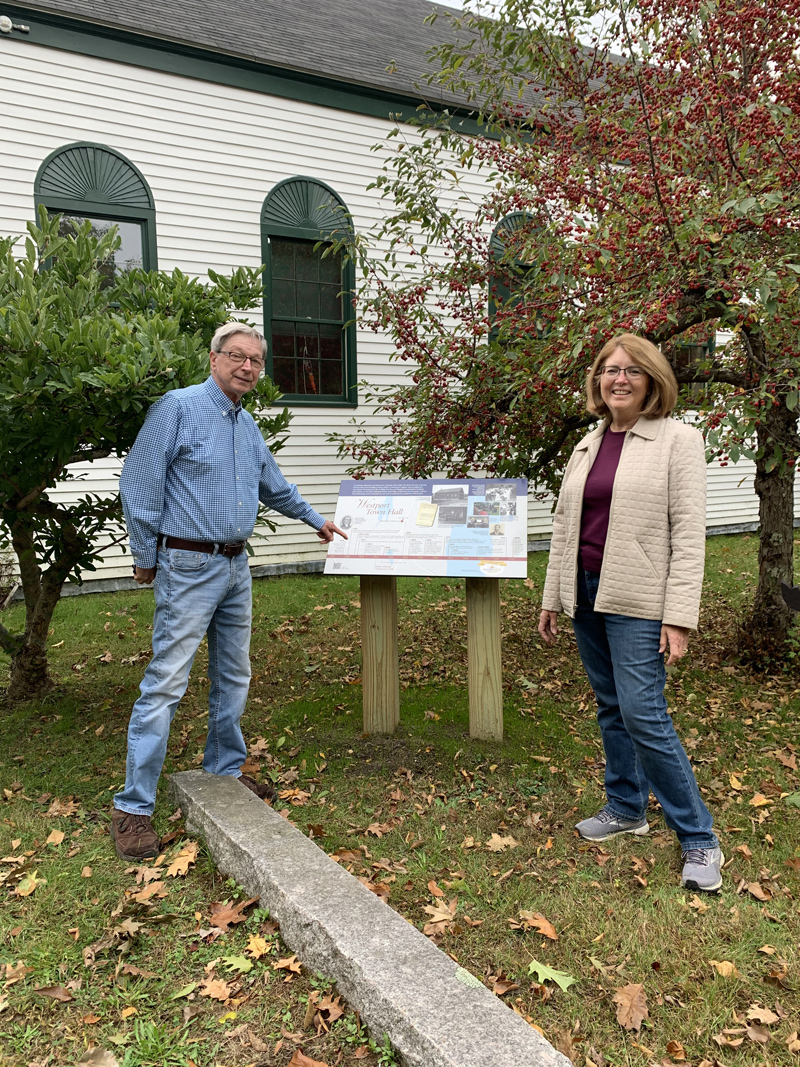 Dennis Dunbar and Jean Wilhelmsen-Exter reviewing the Interpretive sign at the Town Hall.

For example, 5,000 Mainers died in the Spanish Flu pandemic of 1918. In the fight to stop its spread, schools, movie houses, government buildings, and events were temporarily shut down.

Also, in the mid 19th century, Westport Islanders afflicted with cholera and smallpox —  both of which were major infectious disease killers at the time — were isolated and quarantined away from their families and neighbors at nearby “Hospital Island.”

In the early 20th century, islanders afflicted with tuberculosis were sent to the Central Maine Sanatorium in Fairfield to keep them away from family and loved ones.

The pandemic exhibit will also present a display of “Postcards from the Front,” mementos sent in by friends and neighbors responding to life in the time of COVID-19. The exhibit is dedicated to the local health officers and all health workers for their service.

Appointments may be made for private viewings of the exhibit for small groups after the open house by contacting Gaye Wagner, gdwagner1@gmail.com or Joan Bradford, masonjoan58@gmail.com. Limited visiting hours will be announced for the History Center through the Fall and Winter.

Eleven interpretive signs have been placed at ten of the island’s historical sites, in an approximately 20-mile loop, that also shows off some of the best vistas on the island. Each sign describes what went on there, gives a timeline, and shows historic photos. A scannable QR code allows quick access to more detailed information about the site and the topics discussed.

To kick off the Westport Island History Trail, docents from the history committee will lead caravans of cars from Wright Landing around the trail. Caravans will leave at 10:30 a.m. and 1:30 p.m.