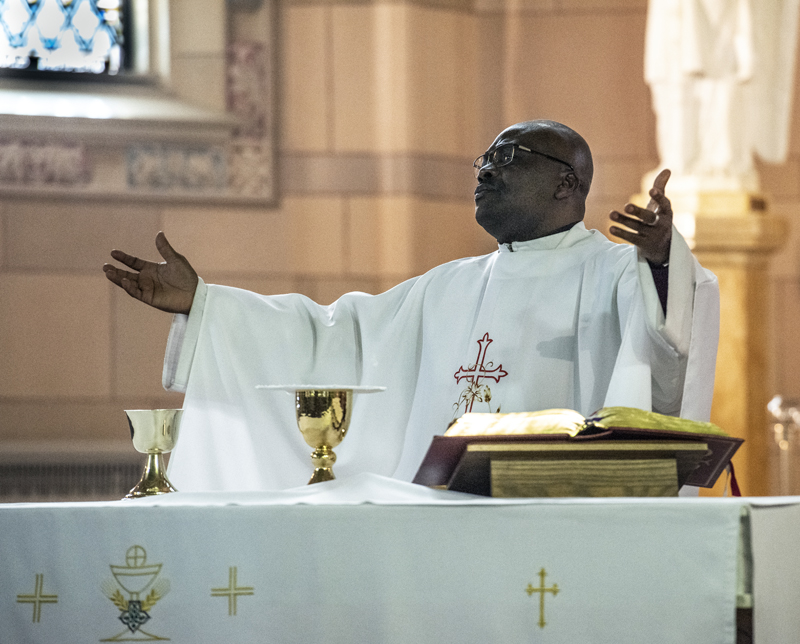 Father Patrick Agbodi, of Newcastle, leads the Easter Mass at St. John the Baptist Catholic Church in Brunswick on Sunday, April 12. Agbodi had planned to lead the Easter service at St. Patrick’s in Newcastle, but heavy snow and power outages forced the parish to move the service to St. John’s. (Bisi Cameron Yee photo)

Stepping inside the vestibule of the historic nave at St. Patrick’s Catholic Church in Newcastle is like stepping inside a ruby. Two tall windows flank the small room, both stained a rich red. There is a guest book on a table, a donation box. A snow shovel stands in a corner.

Churches are not immune from the ravages of this pandemic. All public gatherings have been restricted, and churches of all faiths across the country have been forced to find new ways to minister to their congregations: ways that limit risk of infection, that adhere to physical distancing guidelines, that preclude entering the enclosed spaces where communities traditionally gather in times of crisis and need.

Celebrations and rituals have been severely impacted by the stay-at-home order. According to All Saints Parish, there have already been cancellations of summer weddings, with new dates delayed a year or more. Most funerals are postponed until families can mourn together. Most baptisms are on hold until families can rejoice together. 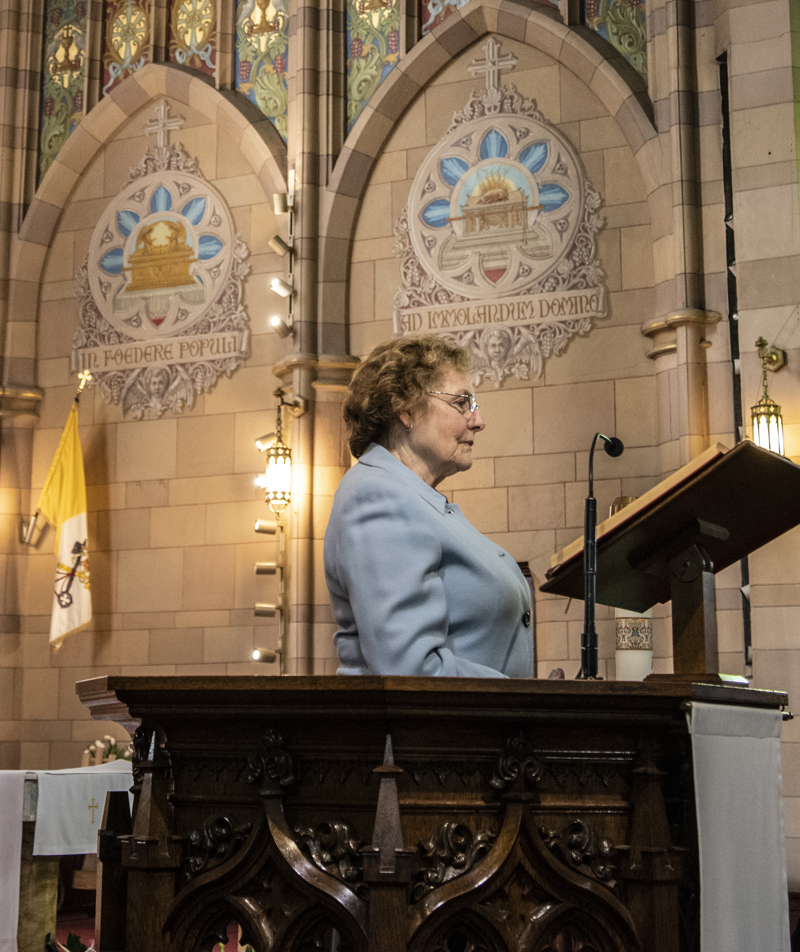 Churches have been forced to rethink how they observe Holy Week. Catechumens and candidates who have studied and prepared for the past year to enter the Catholic church during the Easter vigil have had their journey of faith placed on hold. There has been no communion for weeks – large quantities of the prior year’s eucharist remain and must now be consumed by the priests of the parish in lieu of the congregants.

The Easter Mass, held at St. John the Baptist Catholic Church in Brunswick rather than at St. Patrick’s due to heavy snow and power outages earlier in the week, had only a few people in attendance, all necessary to observe specific rituals.

But St. Patrick’s, along with many churches in Lincoln County, continues to be a resource for the community. The seven churches in All Saints Parish, which include St. Patrick’s and Whitefield’s St. Denis, reach out to their 6,500 parishioners via Facebook, email, and phone calls. “They keep coming to us and saying, ‘We need you,’” said Charlene Foley, parish business coordinator.

So Easter Mass is livestreamed into living rooms. The diocese provides a prayer for personal communion to comfort those who are now unable to partake in one of the most fundamental rituals of the Catholic church. Anointing of the sick occurs via teleconference. Offertories are sent in by mail. Outside, by the statue of the church’s namesake saint, a couple of cars are parked window to window: this is how Father Patrick Agbodi, parochial vicar at All Saints Parish, still hears confession. The work continues. 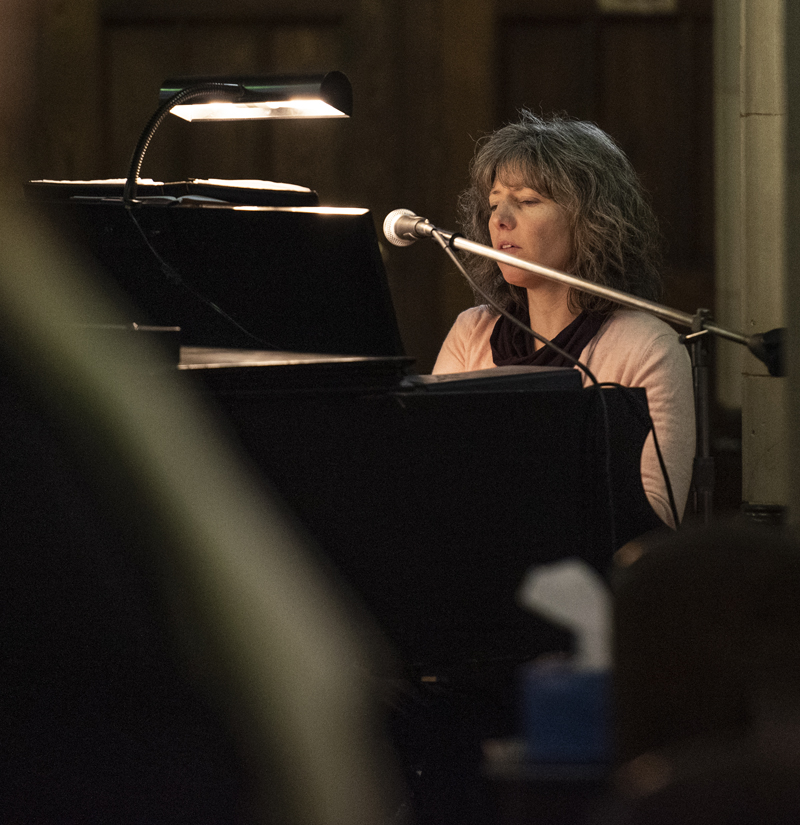 But the historic church stands empty.

There are two naves at St. Patrick’s. The new nave is wide and open, bright and airy; the wood sparkles and the ceiling seems to soar. Two live palms arc toward the ornate crucifix suspended in the window behind the altar. A large organ stands in the balcony, pipes gleaming. But the small lamp that illuminates the sheet music is turned off. The keyboard cover is closed, the pedals still.

The original nave is smaller, its size no longer matching the size of the congregation. Geometric and floral stained-glass windows march down either side of the pews toward the altar. The wood here is darker, richer. The color of the glass is more saturated. The light falls differently, gentler, deeper, with less sparkle, more glow. The room is as silent as an unspoken prayer.