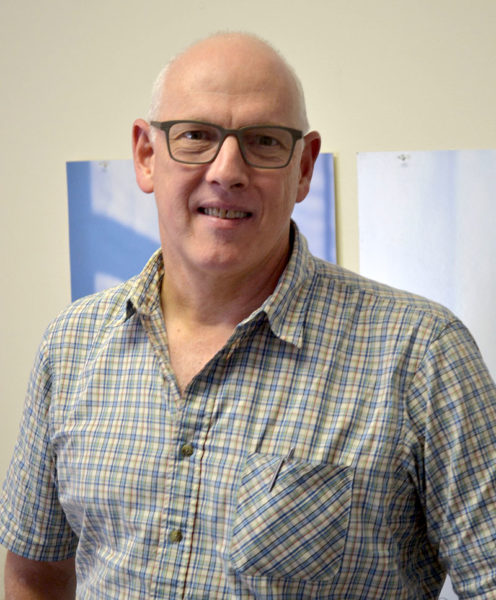 The opioid crisis, education, and health care are interconnected issues, William Neilson said. He said he plans to tackle those issues with “sensible economic policies” if elected to House District 53, which encompasses Arrowsic, Dresden, Georgetown, Phippsburg, part of Richmond, and Woolwich.

Neilson, D-Arrowsic, is a former corporate attorney who moved to Maine from New York in the mid-1990s to raise his three children. His family has long-standing ties to Maine and the quality of life and natural beauty the state offers was the environment he wanted for his family, he said.

Neilson chairs the Arrowsic Planning Board and is involved in a number of economic revitalization efforts in Bath. He and his wife own 130 Front St. in Bath, a mixed office and residential building, and Solo Bistro, a restaurant the couple launched after the previous restaurant in the location went out of business.

He is the former chair of the Economic Restructuring Committee of Main Street Bath, and was honored for his work at Bath’s annual Citizen Involvement Day in 2013. While largely retired from the field of law, Neilson still does some pro bono work and has volunteered as a guardian ad litem for a child, an experience that solidified his support for early childhood education.

He was also a founding member of the greater Bath elder outreach program now known as SEARCH.

Smart investments in energy, education, and infrastructure and increasing revenue for the state through targeted taxation are key to Maine’s economic growth, Neilson said. With a relatively small population, leveraging federal tax dollars “should be the name of the game for Maine,” Neilson said.

Gov. Paul LePage has refused to do so with his consistent vetoes of Medicaid expansion, which has been an enormous economic disservice to Maine, Neilson said.

Opponents of Medicaid expansion often point to holes in the budget that were created when former Gov. John Baldacci expanded Medicaid during his administration, Neilson said. “That’s apples and oranges,” he said.

Through expansion, Maine will not only be eligible for increased federal funds, but also will be able to transfer current Medicaid recipients to a category eligible for federal reimbursement, which will save Maine money, Neilson said.

The opioid crisis is another reason for Maine to expand Medicaid, Neilson said. The expansion will increase access to treatment for substance abuse and mental health, he said.

Neilson said that Republicans often say tax dollars are tax dollars; whether it is local, state, or federal, it all comes out of the same pocket. This is a misconception, he said, with hundreds of millions of taxpayers and corporations paying into the federal system.

Despite the governor’s claim that taxes in Maine are excessive, “if you look at taxes post-World War II, we have historically low tax rates,” Neilson said. Taxes are a ratio of income to tax rate, he said. The Republicans’ mantra of cutting taxes will provide little to no economic benefit for the state, he said.

With a huge seasonal population and a thin year-round population, Maine needs to start targeting tourism as a source of tax revenue, Neilson said. Meal taxes, lodging taxes, and taxes on service industries are all potential sources of revenue for the state, he said.

Early childhood education also intersects with the opioid crisis and welfare reform, Neilson said. Children exposed to a nurturing, supportive, educational environment at an early age, even if only for a couple of hours a day, are less likely to become addicted to drugs or enter the criminal justice system later in life, he said.

They are also more likely to break free from the generational welfare cycle, Neilson said.

Renewable energy is another area where investment will yield enormous results in the long term, Neilson said. LePage’s claims of high energy costs are inflated, Neilson said. Maine has some of the lowest energy costs in New England, he said, noting that it does not mean Maine would not benefit if they were even lower.

In economics, there are externalities, or consequences of an economic activity that are carried by an unrelated third party, Neilson said. In considering energy policy, the externalities need to be considered as well, he said.

Renewable energies, such as solar, will require a greater upfront investment than other energy sources, Neilson said. However, the state will not have to pay for any of the external costs associated with pollution, which will benefit Maine over the long term, he said.

When it comes to renewable energies, “LePage is taking a short-term view,” Neilson said. “It’s the role of government to take a long-range view and renewable energies like wind and solar have tremendous potential.”

Republicans use buzz words and emotional topics, such as welfare reform, for political effect to rile people up and turn out the vote in their favor, Neilson said. For Neilson, the focus should be on sensible economic policies that will benefit Maine in the long term.