Brake failure contributed to a commercial truck rollover on Route 27 in Edgecomb the afternoon of Friday, Sept. 15, according to police. 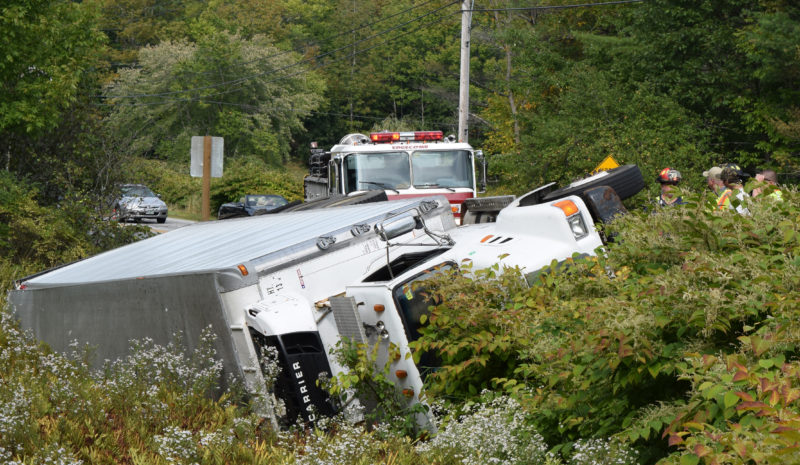 A commercial truck lies on its side off Route 27 in Edgecomb the afternoon of Friday, Sept. 15. The truck’s brakes failed, according to police. (J.W. Oliver photo)

The driver and sole occupant of the truck was unhurt, according to Lincoln County Sheriff’s Office Sgt. Mark Bridgham.

Henry C. Cain, 46, of Windham, was driving south on Route 27 by McKay Road at the time of the accident, according to Bridgham. A UPS truck in front of Cain was stopped, waiting to turn left. Cain started to brake, but his brakes failed.

“He lost his brakes and then off he went,” Bridgham said. Cain intentionally pulled to the side of the road to avoid a collision, but entered a ditch and the truck rolled onto its side. 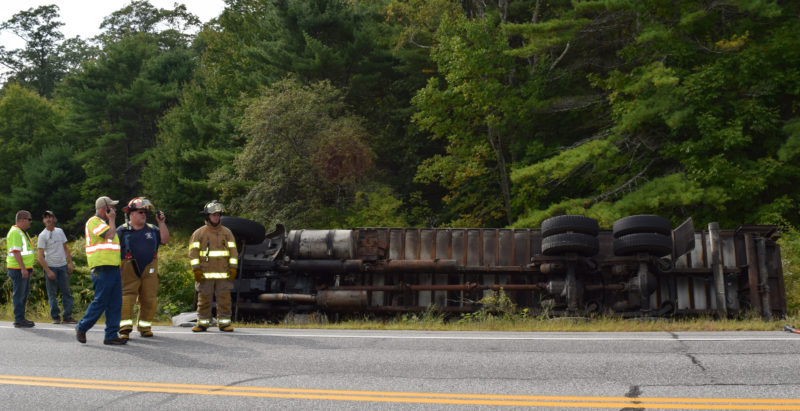 Edgecomb firefighters respond to the scene of a commercial truck rollover on Route 27 the afternoon of Friday, Sept. 15. (J.W. Oliver photo)

Blagden’s Wrecker Service, of Wiscasset, was en route to remove the truck. “It’ll be quite the project,” Bridgham said. The truck’s cargo of fresh bait would need to be unloaded too, he said, so the cleanup could take a few hours.

The Boothbay Region Ambulance Service, the Edgecomb Fire Department, and the Lincoln County Sheriff’s Office responded to the scene. Firefighters closed one lane of Route 27 during the emergency response. 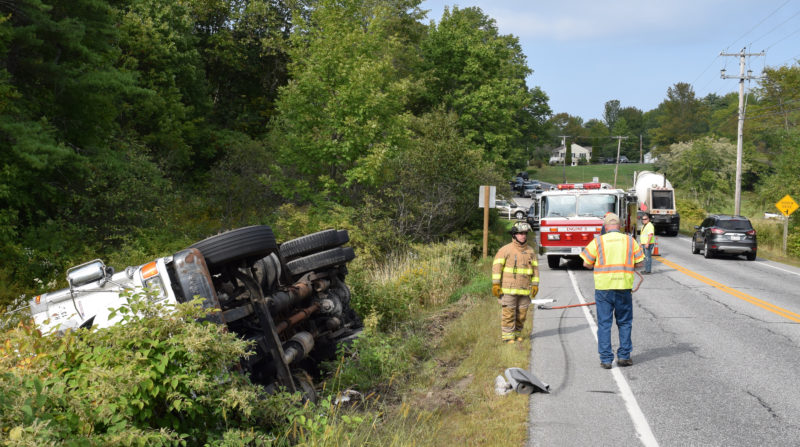 Firefighters closed one lane of traffic during the response to a commercial truck accident near the intersection of Route 27 and McKay Road in Edgecomb the afternoon of Friday, Sept. 15. (J.W. Oliver photo)