Fire badly damaged a home at 35 Back River Landing in Boothbay the morning of Saturday, Nov. 5, but the home’s occupants were not hurt. 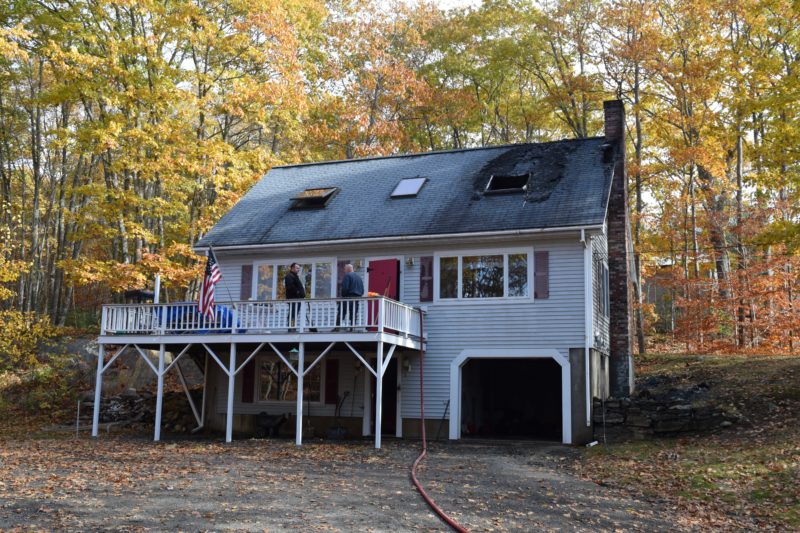 Flames were coming out of the gables and a skylight of the two-story home when firefighters arrived, according to Boothbay Fire Chief Dick Spofford. Firefighters contained the blaze to the second floor of the home and knocked it down in about a half-hour, though it took longer to fully extinguish the fire.

“We had a little bit of a job digging it out,” Spofford said, because the damage was on the second floor. “Some of the floor was compromised, so we had to be careful.”

Though there was no fire on the first floor of the house, it did sustain extensive water damage, according to Spofford.

The occupants of the house, a woman and her grandson, a man in his 20s, were out of the house when firefighters arrived, according to Spofford. The Red Cross is assisting the family, as were their neighbors.

“There was a lot of support from neighbors when we got here,” Spofford said.

A cat was on the first floor of the house throughout the firefighting effort, but survived the fire, according to Spofford.

Sandra L. Rumery owns the property, according to town records.

The Maine State Fire Marshal’s Office is working to determine the cause of the fire.