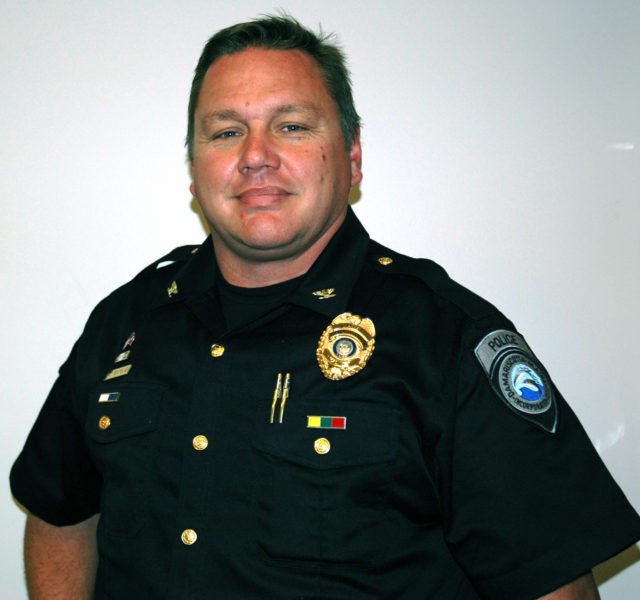 “Ron Young thanks the town of Damariscotta and its wonderful residents for the privilege of serving as their Chief of Police for over three years. In turn, the town is grateful to Ron for his hard work hiring top notch staff and for playing an active leadership role in our community and wishes him well as he resigns to start a new phase of his career,” the statement reads.

On Jan. 12, Young was placed on what Lutkus referred to at the time as “non-disciplinary” paid administrative leave.

The reason for the leave was “a confidential personnel matter” under state law, Lutkus said.

An internal investigation involving Young was completed. The town did not take any disciplinary action, Lutkus said Friday.

Young made the choice to resign and negotiated the terms of a separation agreement with the town, Lutkus said.

According to the separation agreement signed by Lutkus and Young, Young will receive a severance package worth $17,899.72. The amount includes a “lump sum” payment of $8,256.50; a payment of $4,643.22, which represents three months of health-insurance premiums; and a $5,000 payment to Young’s attorney.

Young will also receive $2,344.11 for sick leave and vacation leave in accordance with town policy for all employees. The $2,344.11 is not part of his severance package.

The funds will come out of the police department’s budget, Lutkus said. If the department exceeds its annual budget, Lutkus will ask the selectmen to approve a transfer of funds from the town’s contingency budget.

According to the five-page separation agreement, the resignation was effective Saturday, March 4.

The town agreed to provide Young with a written reference for anyone requesting information about his employment with the town. The town will confirm the information in the reference upon request, but will not provide more information, according to the agreement.

The reference details Young’s accomplishments with the department and mentions his work as the town’s deputy emergency management director and as organizer of the department’s popular trunk-or-treat event on Halloween.

The reference includes as an attachment Lutkus’ annual evaluation of Young from October 2016. According to the form, Lutkus determined that Young “meets requirements,” “exceeds requirements,” or was “outstanding” in each of 20 categories.

The agreement also includes a “non-disparagement clause,” in which Young agreed not to “write, express, communicate, or relate” anything disparaging, defamatory, or false about the town, the town’s business practices and activities, or any of the town’s “elected or appointed officials, agents, representatives, insurers or assigns.”

In turn, the town and “any members of its management team” are barred from disparaging Young or “any of his occupational practices and activities” to any third party.

Young, a veteran of the U.S. Marine Corps, started as chief in September 2013. He was police chief in Lincolnville from February 2008 until Lincolnville dissolved its police department in June 2013.

Young declined to comment on the reason for his resignation, but spoke about some of his initiatives in Damariscotta.

He said he is also proud of the contacts and connections he established in the community during his time as chief.

Lutkus has appointed Sgt. Jason Warlick interim chief, pending confirmation by the Damariscotta Board of Selectmen. The confirmation is likely to take place during the board’s next meeting, Wednesday, March 15, Lutkus said.

A timeline for the hiring of a new chief has not yet been set, Lutkus said. The department is using reserve officers to cover shifts to the best of its ability while it remains short-staffed.

Young is the third Damariscotta police chief to resign after being placed on administrative leave in the past six years.

In May 2011, Steve Drake resigned as police chief after almost two months on paid administrative leave.