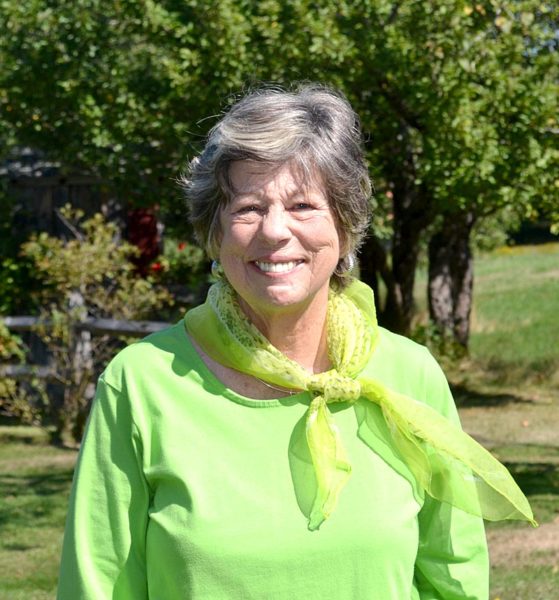 The economy and the lack of good-paying jobs is a primary concern for the constituents of House District 87, which encompasses Wiscasset, Alna, Pittston, and Randolph, said Democratic challenger Wendy Ross.

Ross, of Wiscasset, is actively canvassing the district, going door to door to speak with residents about their concerns, which she hopes to bring to the Legislature as the House District 87 representative after the Nov. 8 election.

For Ross, a lifelong Democrat, government holds the answer. It is the role of government to develop long-term solutions to the problems in Maine, she said. Education funding, the opioid epidemic, economic development, energy policy, and health care are among the issues Ross will work to address if elected, she said.

Currently, housing costs and property taxes are disproportionately high compared to average wages in Maine, Ross said. Maine should be a place where families are able to earn a livable wage and have access to health care, she said.

The solutions proposed by Republicans are tax cuts and small government, Ross said.

“Government is not the enemy,” Ross said. “We don’t need smaller government. We need effective government.”

Ross, a former communications professional with Voice of America and the U.S. Information Agency, both government-funded news sources, covered the U.S. Congress during the Cold War-era. Her work was distributed to embassies throughout the world.

In her professional career, Ross watched bills move through the legislative process, either suffering defeat or transforming into law. The experience has uniquely prepared her to work as a legislator, she said.

After her retirement, Ross permanently moved to Wiscasset, where her family has lived for generations. She is active in several community and social-justice organizations, such as the Lincoln County Historical Association, the Garden Club of Wiscasset, Midcoast Conservancy, the Wiscasset Public Library, Citizens Offering New Alternatives, and Grandmothers for Reproductive Rights.

A mother of four, her professional experience also solidified her belief in the need for family-friendly policies, something her conversations with constituents in House District 87 has reinforced. “The women I’ve talked to, everything they earn goes to child care, or they can’t work because they can’t afford child care costs,” Ross said.

Ross would like to see Maine institute universal pre-kindergarten programs in the public education system and paid maternity leave, things that most countries with advanced economies provide to their citizens, she said.

The state needs to play a greater role in fulfilling the promises it has already made, particularly in terms of education, Ross said.

The answer to the state’s economic development issues is not cutting taxes, she said.

With tourism responsible for more than half of the state’s economy, the Legislature needs to look at increasing taxes on tourism, which are low compared to other New England states, she said. Smart investment in energy, education, and infrastructure also has the potential to revitalize the economy, she said.

Ross is an investor in the Morris Farm Community Solar Farm. She is an advocate for solar and renewable energy. “It’s the wave of the future,” she said. She would like to see an energy policy in Maine that invests in renewable energy and decreases reliance on fossil fuels.

The problems associated with renewable energy should be examined, and care should be taken in placement of the installation of wind turbines or solar panels to ensure they don’t negatively impact the surrounding areas, Ross said. Renewable energy, however, will have the long-range benefit of protecting Maine’s environment, part of its natural heritage, she said.

While it may increase costs in the short term, it will have a long-term economic benefit, Ross said. The solar energy debate is an example of the difference in philosophies of government between Democrats and Republicans, she said. “We need a government that works for long-range solutions,” she said.

Ross pointed to increasing broadband access as a smart investment in infrastructure that has the potential to “revolutionize Maine,” she said. Fiber-optic cable in rural areas will draw in entrepreneurs and startups, she said.

Expanding Medicaid will not only increase access to health care coverage, which Ross said is a “human right,” it will also have a positive economic impact on the state, with some studies projecting the expansion will create thousands of jobs, she said.

Federal dollars are also needed to increase access to treatment for heroin and opioid addiction, Ross said. While she is in favor of strong sentences for heroin traffickers, addiction is a health problem, not a criminal one, she said.

Currently, there are not enough treatment options in Maine to address the magnitude of the problem, she said, and that needs to change.