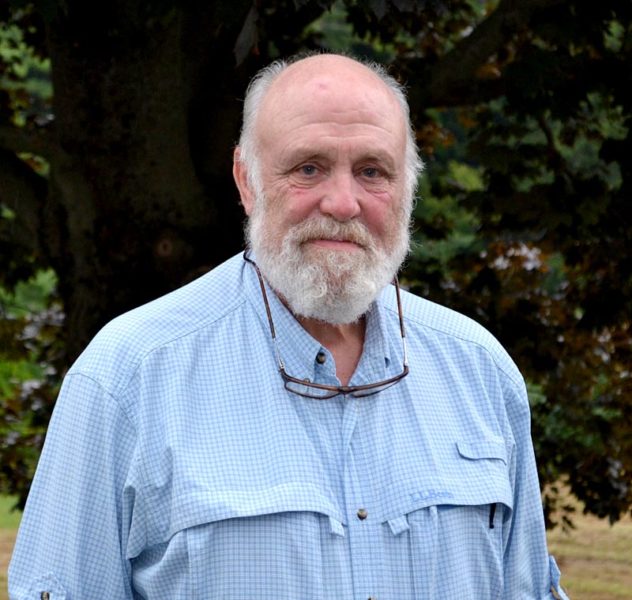 While he was initially reluctant to run for office, Torbert is committed to his campaign. The process of going door to door to speak with constituents is invigorating, he said.

Torbert’s background as a farmer, small-business man, educator, social worker, and municipal official, combined with his belief in civil discourse and long-term solutions, will make him an effective legislator, he said.

Torbert was encouraged to run for House District 88 by friends in the Legislature. The Lincoln County Democratic Committee had been unable to find a candidate able to take on the challenge and time commitment of launching a campaign.

For the retired educator at Hall-Dale High School, running for House District 88 became a question of “why not?” Torbert said. “I knew I would regret it if I didn’t (run).”

Education and investment in infrastructure are key to Maine’s economic growth, Torbert said.

Maine’s crumbling roads and bridges are much more of a disincentive to businesses, he said. The condition of Maine’s infrastructure is the result of deferred maintenance. The removal of the Northy Bridge on Howe Road in Whitefield is a perfect example, he said.

“All this deferred maintenance is starting to catch up with us,” Torbert said. With weight limits posted on several roads and bridges in the district each spring, “what serious business would move onto a road that’s closed three months out of the year?” he said.

Interest on bonds is at an all-time low, so the time to invest in infrastructure is now, Torbert said.

The infrastructure improvements Torbert would like to see include broadband access in rural areas. The information superhighway is the modern marketplace, and if access to it is restricted, there will be no economic growth, Torbert said. “We’re not going to keep young entrepreneurs in the state unless there’s broadband access,” he said.

Torbert is an advocate for public education, and would like to see an end to the unproductive criticism of educators coming from the Blaine House, he said. “It’s a crime to vilify people who are doing their best under difficult circumstances,” Torbert said.

Education is a key component to creating a skilled workforce that will attract and retain businesses in Maine, Torbert said. Maine is known for its work ethic, but its pool of skilled laborers is shrinking, he said. Pairing industrial and vocational training in the public school system with the needs of Maine’s industries is a way to create the skilled labor force that will drive economic growth in Maine, he said.

Increasing access to early childhood education will not only support the future academic performance of students, but will also help with welfare reform, Torbert said. Individuals receiving state benefits face a cliff when they attempt to re-enter the workforce, he said.

A proponent of renewable energy, Torbert saw the veto of LD 1649, “An Act to Modernize Maine’s Solar Power Policy,” which established a new framework for the contract between solar energy producers and utility companies, as “highly unfortunate.” If the bill is reintroduced, he is committed to supporting it, he said.

Torbert is also in favor of offshore wind turbines and the University of Maine’s research in the area. “I would rather invest in wind and solar than have (consumers) pay surcharges for pipeline capacity increases,” Torbert said.

Reliance on fossil fuels is short-sighted, Torbert said. When it comes to energy policies, Maine needs to be looking for long-term solutions, he said.

As a social worker in San Francisco in the 1970s, Torbert witnessed the impact of drug addiction on communities. He has said left the field of social work to pursue a career as a dairy goat farmer after transporting one too many neighborhood kids to the hospital due to overdoses.

“We’re never going to solve the war on drugs until we deal with the demand,” Torbert said. Efforts to combat the war on drugs has always been focused on choking off the supply, but the demand for drugs also needs to be addressed, and that means increasing access to treatment, he said.

Medicaid expansion is connected to the opioid crisis, Torbert said, and the need for more treatment resources is just another reason why Maine should accept the federal funds available to expand the program. “It will provide treatment, jobs, and hope,” Torbert said. “It would be perverse not to accept those funds.”

There are several constituents in House District 88 who are “caught in the doughnut hole” and are facing exorbitant medical bills because they do not qualify for MaineCare and they cannot afford health insurance, Torbert said.

Education, economy, infrastructure, energy, health care, and the opioid epidemic are all a part of the same package, Torbert said. He looks forward to working with colleagues on both sides of the aisle to solve the problems in those areas.

“I’m a listener,” Torbert said. “I believe in long-term solutions.” There is a lot of common ground between Republicans and Democrats and the tradition of civil discourse is one Torbert would like to return to, he said.

“Politics is the art of the possible,” Torbert said. “No one is going to get 100 percent of what they want and no one should. That’s the beauty of the (democratic) system.”