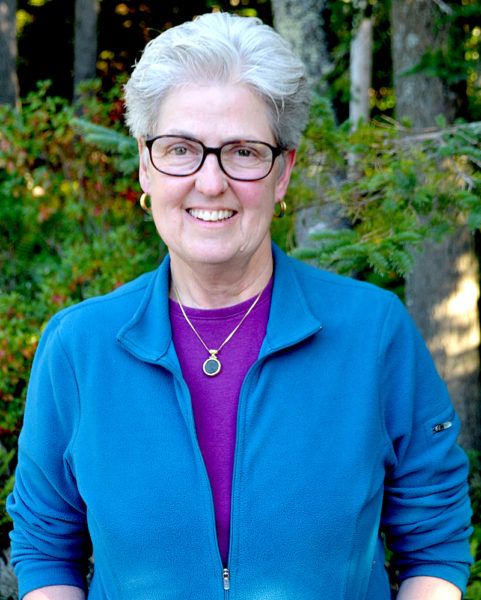 A Boothbay Harbor selectmen, physician, and former national policymaker hopes to ensure all Maine residents have access to health care if she wins a seat in the Maine House of Representatives.

Wolf is running as an independent, a status she feels will be beneficial to the people of Maine.

“When issues come up, I can look at them for the ideas they represent and the policies that are being proposed without having to worry about if it runs counter to a platform,” Wolf said. “I can work with people on all sides of the aisle to make sure it’s the best that it can be.”

After growing frustrated with some of the problems with the health care system, Wolf decided to go into health policy and earned her master’s degree in public health from the Harvard School of Public Health.

In 2000, Wolf founded the Maine Health Access Foundation, an independent, nonpartisan organization that provides grants to programs that help promote access to quality health care and improve the health of Maine residents.

After 15 years, Wolf announced in October 2015 that she would be stepping down from her roles as president and CEO of the foundation. Barbara Leonard will take over both roles effective Oct. 1.

Through her work at the foundation, Wolf has talked with residents around the state about their access to health care.

“As a physician, it is a moral imperative for me that everyone in our country should have access to health care,” Wolf said.

When people have health insurance, they feel like they have security and protection, Wolf said. The people who have no longer have that security are the people living in Maine with lower incomes who lost their Medicaid coverage when the state changed the eligibility rules for the program, Wolf said.

“We have thousands of people who are working at low-income jobs that don’t have health insurance who can’t get on Obamacare because of the way the law is structured, and they’re, frankly, shut out of having health insurance,” Wolf said. “I definitely feel the state should restore Medicaid coverage to people with lower incomes.”

In addition, Wolf said there is data from respected national consultants that show Maine would financially benefit if the state were to accept federal funds for Medicaid.

“I tell people I’m financially conservative, and I believe this would be financially beneficial for us,” Wolf said. “Folks on the other side say it’s a ‘budget-buster,’ but I think the data is pretty sound that if we do this, we could see some savings.”

The restoration of Medicaid coverage for low-income adults could also be a way to address the growing opioid crisis across the state, Wolf said.

Currently there is an “enormous” wait list for people to get the help they need to treat their addiction, Wolf said.

“Addiction is a chronic disease, not a moral failure,” Wolf said. “Most of us know someone who has been affected by it. We all need to start learning about and talking about what it really is so we can destigmatize it and confront it.”

Wolfe also supports the arrests and incarceration of the people who are selling the drugs.

Wolf is currently in her second term as a Boothbay Harbor selectman, having been elected in 2014 to complete a one-year term and again in 2015 for a three-year term. She said she hopes to continue to serve as a selectman if elected to the Maine House.

Wolf said one of the ways to bring more job opportunities to Maine would be to increase residents’ access to high-speed, reliable internet service.

Maine is a ripe place for people work remotely to live, Wolf said. Increasing the availability and reliability of broadband internet would help draw people into the state.

The availability of affordable housing would also need to be addressed in order to bring more young adults and families into the state to live and work, Wolf said.

“We need to have a candid conversation about affordable housing,” Wolf said. “It would help bring kids into the schools and energize the community.”

Wolf also believes the state could be a leader in green energy. Wolf said she would have supported the solar bill, LD 1649, “An Act to Modernize Maine’s Solar Power Policy.” The bill, which had support from advocates for solar power as well as public utilities, was an effort to increase the production of solar energy in the state and adjust how producers of solar energy receive credit for the energy they produce.

The House upheld Gov. Paul LePage’s veto of the bill.

There is tremendous growth potential for green energy in Maine, including solar energy, wind energy, and tidal energy, Wolf said. Shifting the state’s reliance on oil and natural gas to renewable energies would be cleaner and cost less in the long term.

In addition to her time as a selectman, Wolf’s experience working with government includes working in Washington, D.C. for the U.S Department of Health and Human Services. During her time with DHHS, Wolf focused on improving the public policies surrounding health insurance programs for children.

The Maine Education Association, the Maine American Federation of Labor and Congress of Industrial Organizations, and the Sierra Club have endorsed Wolf.

Wolf and her partner of 32 years, Mary Neal, bought their West Boothbay Harbor home in 1993. The couple has two adult children, Alice and Sarah.