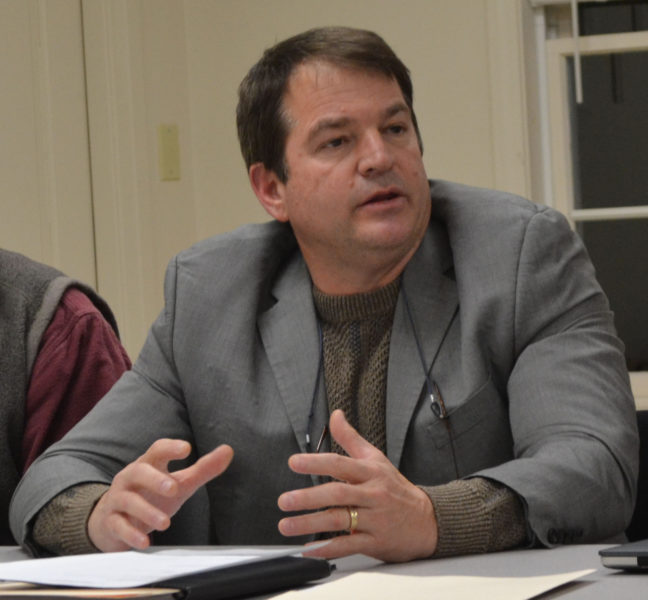 The Maine Department of Transportation has decided not to move forward with its Sherman Marsh Wetland Bank project, which would have placed conservation easements on properties around the marsh in Newcastle and Edgecomb.

In a letter to Newcastle Town Administrator Jon Duke, Maine Transportation Commissioner David Bernhardt said the department would not move forward with the acquisitions.

“Upon hearing the concerns of Newcastle property owners and after careful consideration, I have decided to forego the acquisition of conservation easements by eminent domain,” Maine Transportation Commissioner David Bernhardt said in a Jan. 27 letter to Newcastle Town Administrator Jon Duke. “Each abutting property owner will be receiving a letter from the department notifying them that we will not be moving forward with the acquisition.”

Bernhardt’s letter was a response to a meeting he attended at the Newcastle fire station Dec. 12. During the meeting, Bernhardt answered questions from Newcastle town officials and local property owners regarding the project.

The DOT planned to use eminent domain, if necessary, to purchase conservation easements on approximately 130 acres of property. By placing the easements, the DOT would have created a wetland bank to offset the wetland impacts of transportation projects elsewhere in the state.

In his letter, Bernhardt said he found the meeting to be “very insightful” and appreciated the opportunity to hear from affected property owners.

“Much of what we do here at the Maine DOT has some effect in one way or another on Maine residents throughout the state. The department prides itself on working closely with these residents, hearing their concerns, and working through any problems that might arise,” Bernhardt wrote.

Bernhardt added that he understands that “eminent domain is something to be used sparingly and never taken for granted.”

Project Manager Deane Van Dusen confirmed the acquisition of easements on the Sherman Marsh Wetland Bank project had been “discontinued.”

“The decision was made among the commissioner, the chief engineer, the legal office, and myself that we really should discontinue the project, mainly due to the public opposition to acquiring the properties through eminent domain,” Van Dusen said.

The DOT’s decision not to pursue the easements brings to a close more than six years of discussion between landowners and the department. The first letter about the DOT’s intention to place the easements was sent to Ron Grenier, Newcastle’s town administrator at the time, in August 2010.

“I was reeling. It was completely unbelievable,” Marva Nesbit, of Newcastle, said of the commissioner’s announcement. “It was like the weight of the world has been lifted off my shoulders.”

If the DOT had completed the project, a conservation easement would have been placed on approximately 5.5 acres of Nesbit’s property, she said. In addition, a buffer zone – an area outside the easement with restrictions on its use – would have extended up to her patio.

The DOT proposed a buffer zone of a similar size for Justin Wood’s property, also in Newcastle. Wood, who uses the land for cattle, had initially been told he would be required to have a 100-foot buffer on his property where the cattle could no longer graze.

Over time, the proposed buffer zone was reduced to 50 feet, Wood said.

Wood shared Nesbit’s relief that the project had been called off.

“When I received the letter from the town, I was ecstatic, to say the least. It’s almost surreal,” Wood said. “For the past five years or so, it’s always been at the back of my mind. In my free time I was researching about it … it was a constant stressor.”

“It’s been such a long, drawn-out project, you keep waiting for the other shoe to drop,” Wood said.

Both Nesbit and Wood expressed appreciation for the support landowners received from town officials, local representatives, and community members throughout discussions with the DOT.

“It was a perfect storm of support,” Nesbit said. “From the selectmen to the town and the press … it wasn’t us that won, it was the community that really made all this possible, and I am so grateful for all of it.”

Duke said it was a pleasant surprise to learn the DOT had decided to not to acquire the conservation easements.

“I was happy to see the commissioner came down and met not just with the selectmen, but also the residents who live around the marsh, and heard their concerns firsthand,” Duke said. “It’s a credit to the DOT and Commissioner Bernhardt, because they absolutely heard what our residents were saying and responded appropriately.”

The DOT’s decision also reinforced the importance of residents coming together and voicing their opposition.

“It speaks well to the citizens speaking their minds and letting the powers that be, whether they be at the local, state, or federal level, know when things are not OK, and fighting when something objectionable is on the table,” Duke said. “It speaks very well of the people of Newcastle.”

Foote echoed Duke’s sentiments and called the town’s interactions with the DOT a “learning experience.”

Moving forward, Foote said town officials should work with legislators to make sure the events in Newcastle don’t happen in another town in the future.

“There are plenty of other towns that have marshland that could be looked at for a project like this in the future, and I think the state should be prepared for that,” Foote said.

After attending the Dec. 12 meeting with Bernhardt, Dow submitted a bill, “An Act Regarding Eminent Domain,” to prevent the DOT from using eminent domain to acquire conservation easements.

When he received Bernhardt’s letter announcing the project had been scrapped, Dow withdrew the legislation, deciding it was no longer needed to protect the best interests of his constituents, according to a press release from the Senate Republican Office.

“I was very glad to learn that this issue was resolved without the need for legislative interference,” Dow said in the press release. “This just goes to show how powerful public input can be throughout the planning process.”