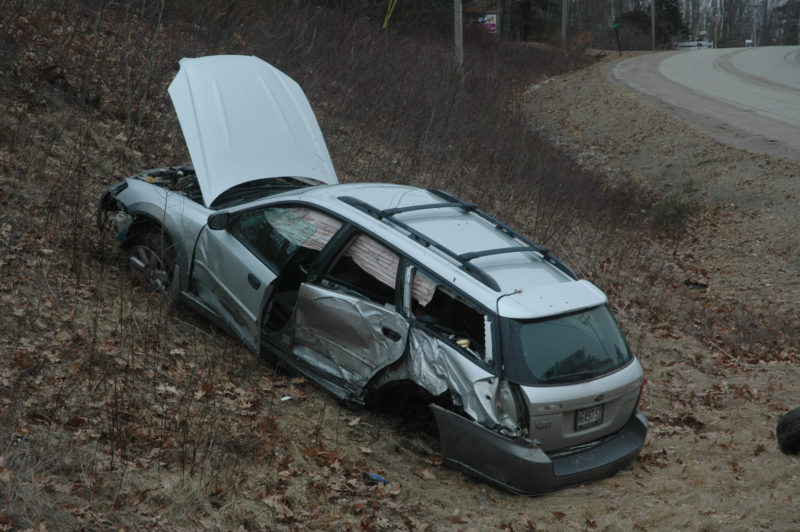 A Subaru station wagon rolled over on Route 1 in Nobleboro the afternoon of Friday, March 10. (Alexander Violo photo)

A Subaru station wagon rolled over at the intersection of Back Meadow Road and Route 1 in Nobleboro the afternoon of Friday, March 10, but the driver and sole occupant of the vehicle was not seriously hurt.

The Central Lincoln County Ambulance Service evaluated the driver at the scene. The identity of the driver was not available.

The cause of the crash is under investigation. Beck said he does not believe alcohol or speed were factors in the accident.