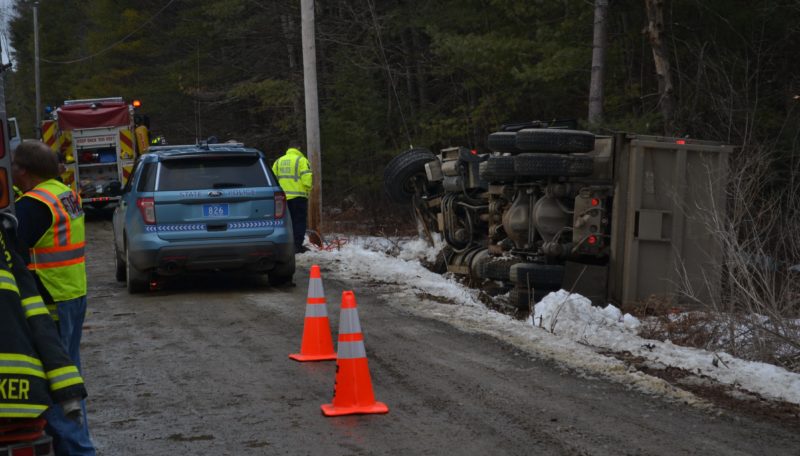 A dump truck lies on its side after a fatal accident on Doyle Road in Whitefield the afternoon of Friday, Jan. 20. (Abigail Adams photo)

A 62-year-old West Gardiner man died when his dump truck went off Doyle Road in Whitefield and rolled onto its side the afternoon of Friday, Jan. 20.

Robert Frith, an employee of BHS Inc., of Farmingdale, died at the scene, according to the Maine State Police.

The commercial dump truck was hauling gravel at about 1:30 p.m. when it went off Doyle Road, rolled onto its side, and struck a tree across from 258 Doyle Road, according to the Maine State Police.

The Chief Medical Examiner’s Office will determine the cause of death.

Police said speed is not believed to have been a factor in the accident, which remains under investigation.

Delta Ambulance, the Jefferson and Whitefield fire departments, and the Maine State Police responded to the scene.