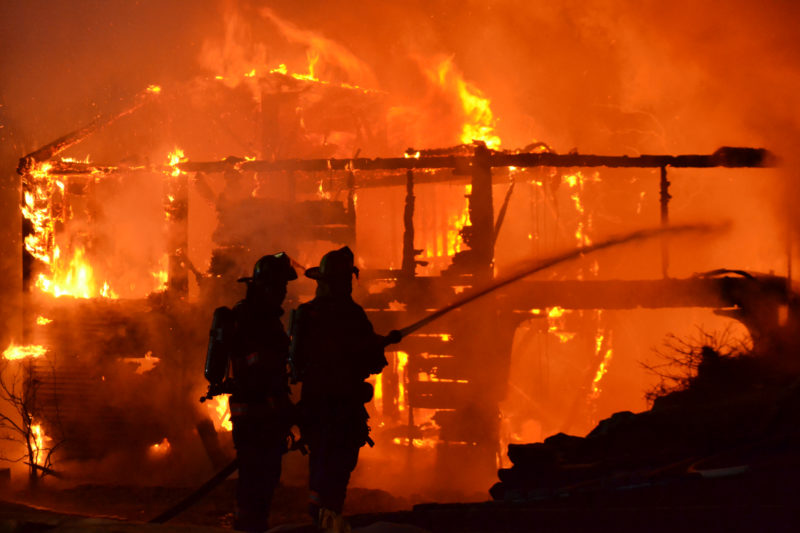 Firefighters battle a fire at the Reed Mansion at 60 Glidden St. in Waldoboro just after 4 a.m. on Sunday, April 2. (Maia Zewert photo)

Five people were in an apartment between the main house and the garage when the fire started, but all five exited the building safely, according to Maine State Fire Marshal’s Office Sgt. Ken Grimes.

The owners, who had recently completed a major renovation of the mansion, do not plan to rebuild. Instead, they plan to sell the property and an adjacent lot.

The Lincoln County Communications Center dispatched the Waldoboro Fire Department at 3:20 a.m. When Waldoboro Fire Chief Paul Smeltzer arrived on scene, the fire was contained to the apartment, but it soon spread in both directions. 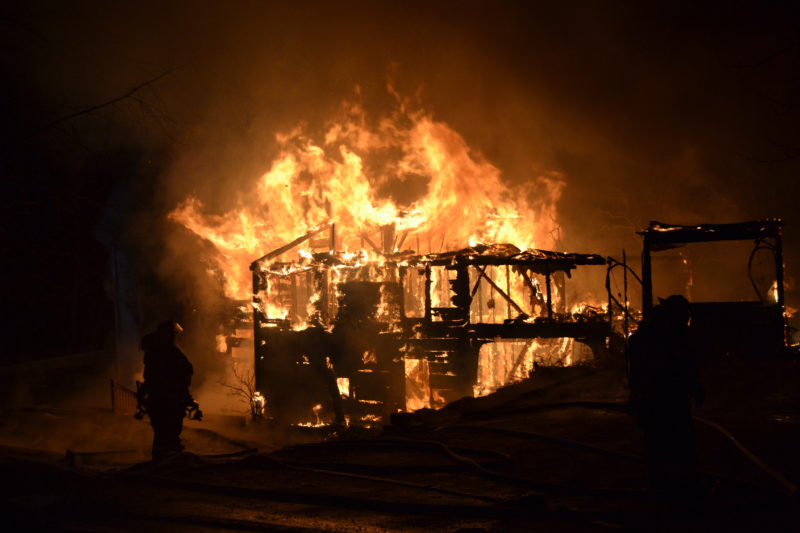 Two Waldoboro trucks set up on Glidden Street to combat the fire, while trucks from neighboring towns set up on Jefferson Street, Smeltzer said.

The topography of the property was a challenge for firefighters, as they had to haul hoses up a steep hill to the scene, Smeltzer said.

Some of the building was still standing when the fire was out, Smeltzer said. Out of concern the remains of the building could collapse and hurt someone, an excavator was brought in to knock down the structure.

Waldoboro cleared the scene at 11:30 a.m. Sunday, but returned to the scene throughout the day, Smeltzer said.

“We are so fortunate in the Midcoast to have the mutual aid system in place,” Smeltzer said. “We had a great response from our colleagues in Lincoln County and Knox County, and with their efforts we were able to accomplish our mission to get the fire out in a reasonable time. We couldn’t do our job without them there.”

Grimes visited the scene Monday, April 3. Due to the extent of damage, the specific cause of the fire could not be determined, Grimes said.

“The fire appears to have originated in the apartment, but we don’t know why or from where,” Grimes said.

The Reed Mansion is listed in the National Register of Historic Places and was built between 1808 and 1820. The building, which was home to Col. Isaac Reed, was a large, Federal-style, timber-frame house, according to the register.

Reed was one of the most influential men in Waldoboro from 1808-1847, according to the register.

“He was a patron of genteel culture, an arbiter of puritanical religion, an indefatigable lawyer, a respected colonel in the local militia, an influential politician, and the scion of one of the town’s most successful families,” according to the register. He was a town clerk and the town’s first representative to the Maine Legislature.

Despite arguing against Maine’s separation from Massachusetts at the 1816 Constitutional Convention in Brunswick, Reed would later serve on the committee that developed the Seal of Maine, according to the register.

The Goldensons also own 50 Glidden St., a neighboring, undeveloped lot. 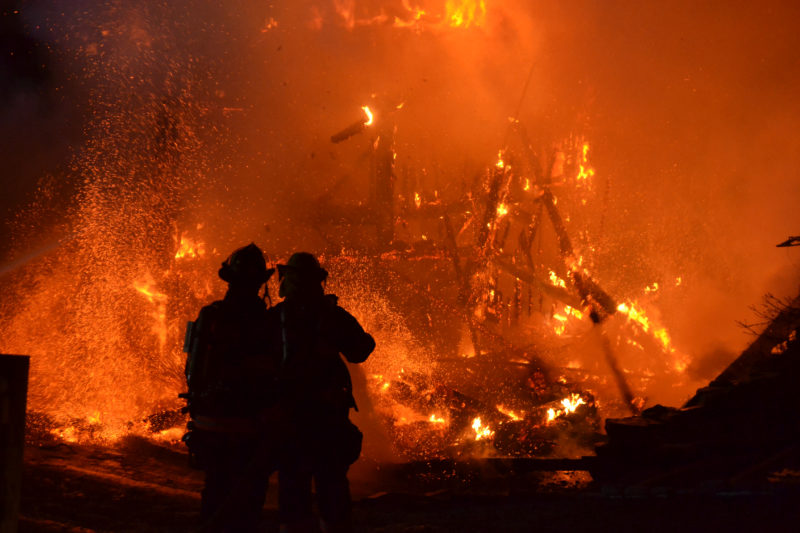 Firefighters watch as the Reed Mansion collapses in the early morning hours of Sunday, April 2. A total of 10 departments responded to the scene in Waldoboro. (Maia Zewert photo)

Originally, the Goldensons planned to convert Reed Mansion into an inn, and they submitted an application to the Waldoboro Planning Board to do so. The Reed Mansion had been used as a bed-and-breakfast in the past, Daniel Goldenson said.

During planning board meetings about the project, Goldenson became aware that neighbors had some “understandable concerns” about the “ambitious” plan for the property, he said.

He withdrew the application in December, telling the planning board he would either rent the building out seasonally, or he and his wife would move in. A month ago, the Goldensons decided to put Twin Maples Farm, their home in Bremen for many years, on the market and move into Reed Mansion once renovations were complete.

Around 3:30 a.m. Sunday, Goldenson received a call from the caretaker, who lived in the apartment, saying the building was on fire.

“It has just been a surreal couple of days,” Goldenson said. “There has been so much personal effort put in to restore it, and to see something we treasured in this way be destroyed … it’s incredibly tragic.”

The building and the Goldensons’ belongings, including antique period furniture and china, were insured, Goldenson said.

Goldenson expressed gratitude for the hard work of the firefighters and the kindness of neighbors.

“The community has been very kind,” he said. “Many have reached out with emails or phone calls saying how sorry they were to see this happen.”

“It was a personal loss, but above all else, it was a community, historic loss,” he said.

Goldenson said he plans to put both parcels of land on the market.

“We’re not going to rebuild it, because you can’t replace the Reed Mansion,” Goldenson said. 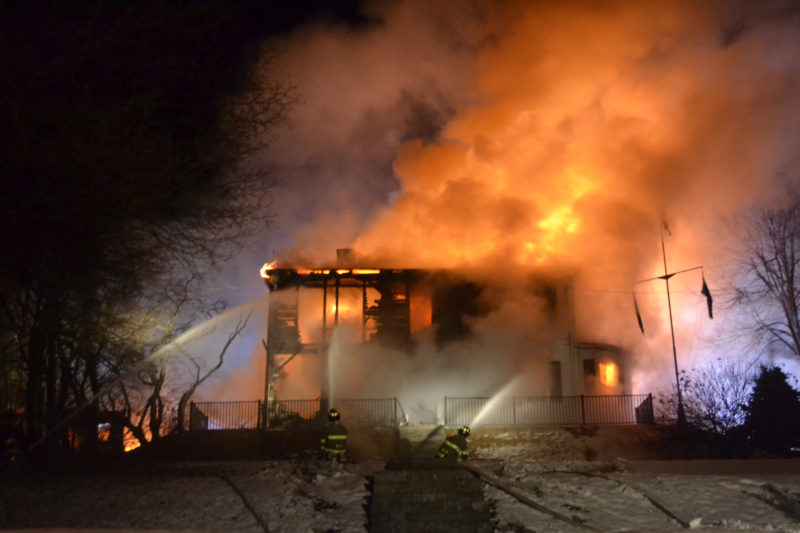 Smoke billows from the Reed Mansion in Waldoboro as firefighters work to extinguish the flames the early morning of Sunday, April 2. (Maia Zewert photo)