A fire started underneath a mobile home in Boothbay the evening of Sunday, Oct. 21, causing interior smoke damage and damage to an exterior wall. 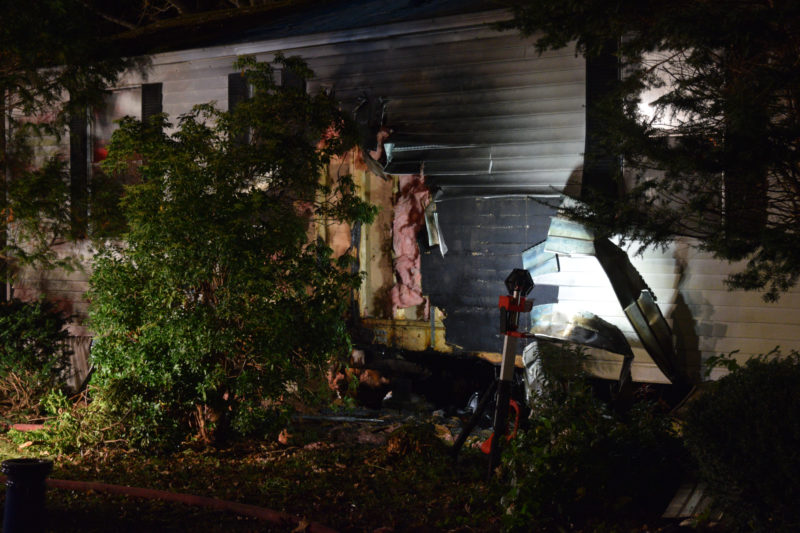 A fire that started underneath a mobile home at 524 Back River Road in Boothbay damaged an exterior wall and caused interior smoke damage, according to Boothbay Fire Chief Richard Spofford. The tenants were uninjured. (Jessica Clifford photo)

There were no injuries as a result of the fire. Bill Little and Rachel Alexander, with Alexander’s daughter, Sophia Lundquist, are the tenants of the home at 524 Back River Road and were home when the fire started. Bob Pike, also of Boothbay, owns the home.

The fire remains under investigation. The power was off for part of the afternoon after a tree fell on a power line nearby, according to Boothbay Fire Chief Richard Spofford. The fire started about 30 minutes after power returned.

The Lincoln County Communications Center dispatched the Boothbay Fire Department at 5:39 p.m. The Boothbay Harbor, Edgecomb, and Southport fire departments, along with the Boothbay Region Ambulance Service, also responded to the scene.