A house at 1154 Main St. in Waldoboro sustained fire damage to its living room and heavy heat and smoke damage to other rooms the afternoon of Monday, Nov. 13, but no one was hurt, according to the town’s fire chief.

Though the cause of the fire has not been confirmed, Waldoboro Fire Chief Paul Smeltzer said he believes the fire was accidental and originated in the area of the fireplace. He said the homeowners had lit a fire in the fireplace and were outside when they discovered the fire. 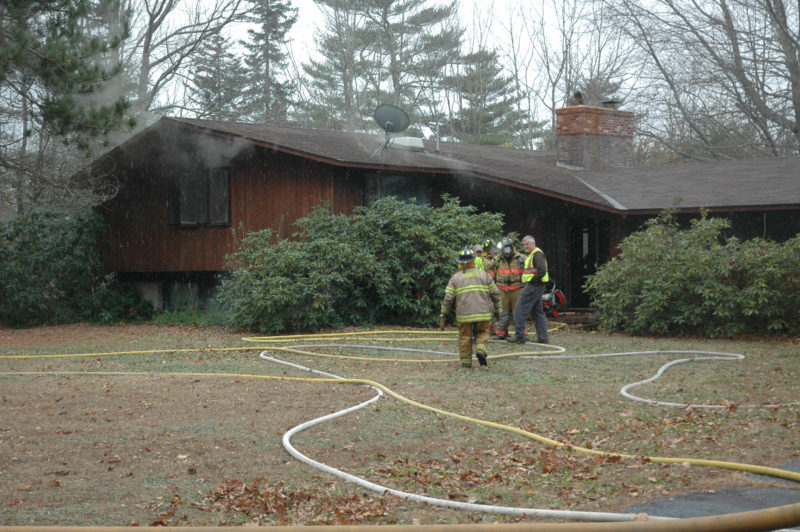 Smoke escapes through the eaves of a house at 1154 Main St. in Waldoboro. (Alexander Violo photo)

The fire chief praised the work of firefighters who quickly launched an initial attack, which knocked down the main fire and limited fire damage to the living room.

Smeltzer said the building has a vaulted ceiling without an attic, which caused smoke to disperse through the entire building.

Smeltzer said firefighters would complete an overhaul of the building to ensure the fire is completely out, including in the roof. 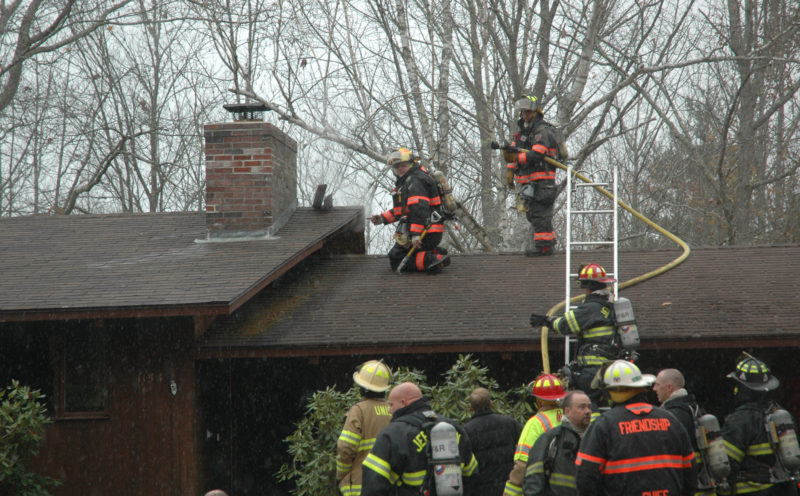 Firefighters check the roof of a house at 1154 Main St. in Waldoboro after a fire the afternoon of Monday, Nov. 13. (Alexander Violo photo)

Smeltzer said he had conferred with the Maine State Fire Marshal’s Office but did not request an investigator to visit the scene.

“I’ve spoken with the fire marshal and everything is pointing to an accidental fire. If anything changes, they’ll come right away,” Smeltzer said.

Smeltzer also took time to advise area homeowners on fire safety as they prepare for the winter season ahead.

“Make sure all fireplaces are clean and inspected every year,” Smeltzer said.

According to town records, the home belongs to James and Sandra O’Farrell.