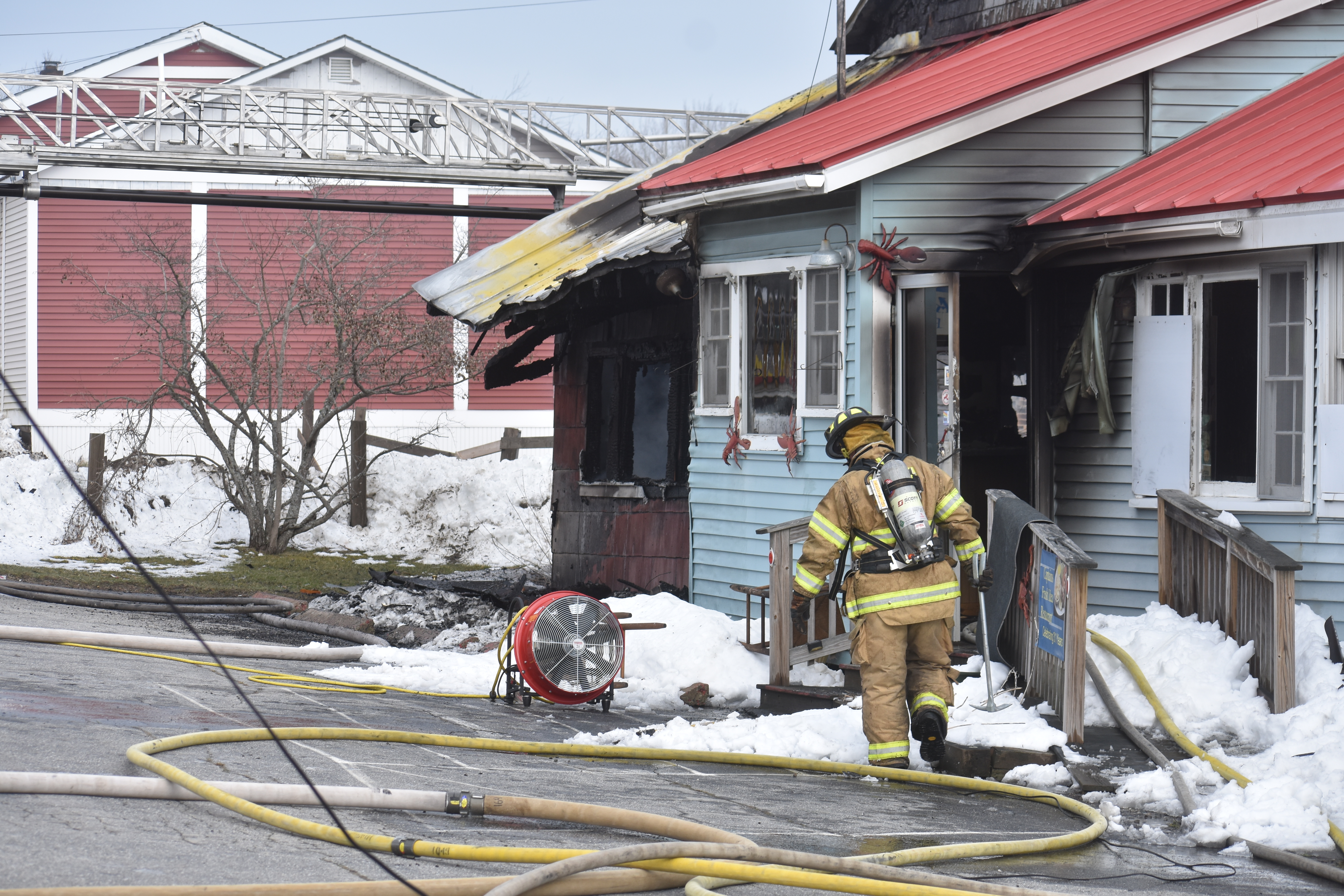 A firefighter works outside Captain’s Fresh Idea, on Route 1 in Waldoboro, the afternoon of Easter Sunday, April 12. Fire caused heavy damage to the interior of the building, according to Waldoboro Deputy Fire Chief Dale Smith. (Alexander Violo photo)

Fire gutted the Captain’s Fresh Idea restaurant on Route 1 in Waldoboro the afternoon of Easter Sunday, April 12. There were no injuries.

The fire appears to have started on the ground floor and “progressed pretty quickly to the upstairs,” Waldoboro Deputy Fire Chief Dale Smith said. The Maine State Fire Marshal’s Office is investigating the cause.

No one was inside the building when the fire started, but the building’s owners were working outside, according to Smith.

Heavy smoke was coming from the building when firefighters arrived. “We knocked the fire down and then went in,” Smith said.

The restaurant is at 3515 Atlantic Highway, just south of the county and town line. Route 1 was closed for a time, then one lane was reopened.

Gary and Rebecca Hall own the seasonal restaurant, according to its Facebook page. Captain’s Fresh Idea first opened in 1987.

The business, “with heavy hearts,” informed customers of the fire at the “beloved family restaurant” in a post to the page.

“We are so thankful we are all safe and that is what’s most important,” the post says.

The restaurant thanked emergency personnel for their response. “Thank you for all the thoughts and prayers in this time,” the post says.

Earlier Sunday, a post on the page had wished a happy Easter to friends and customers and said the restaurant might open for its 33rd season “the first of the month.”