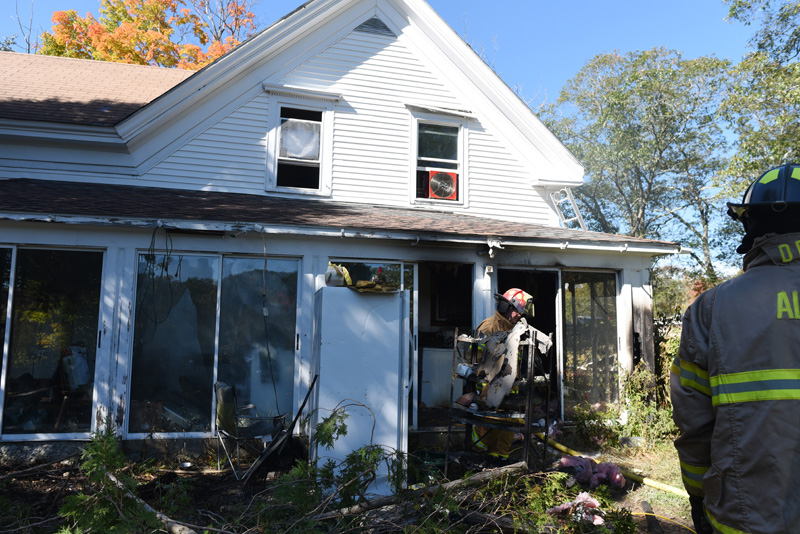 Firefighters work at the back of a house at 1181 West Alna Road in Alna on Saturday, Oct. 6. Relatives of the homeowner and passersby largely extinguished a small fire prior to firefighters’ arrival. (Jessica Picard photo)

A group of bystanders attacked a fire on the back porch of an Alna house with buckets and garden hoses the morning of Saturday, Oct. 6, largely extinguishing it before firefighters arrived. 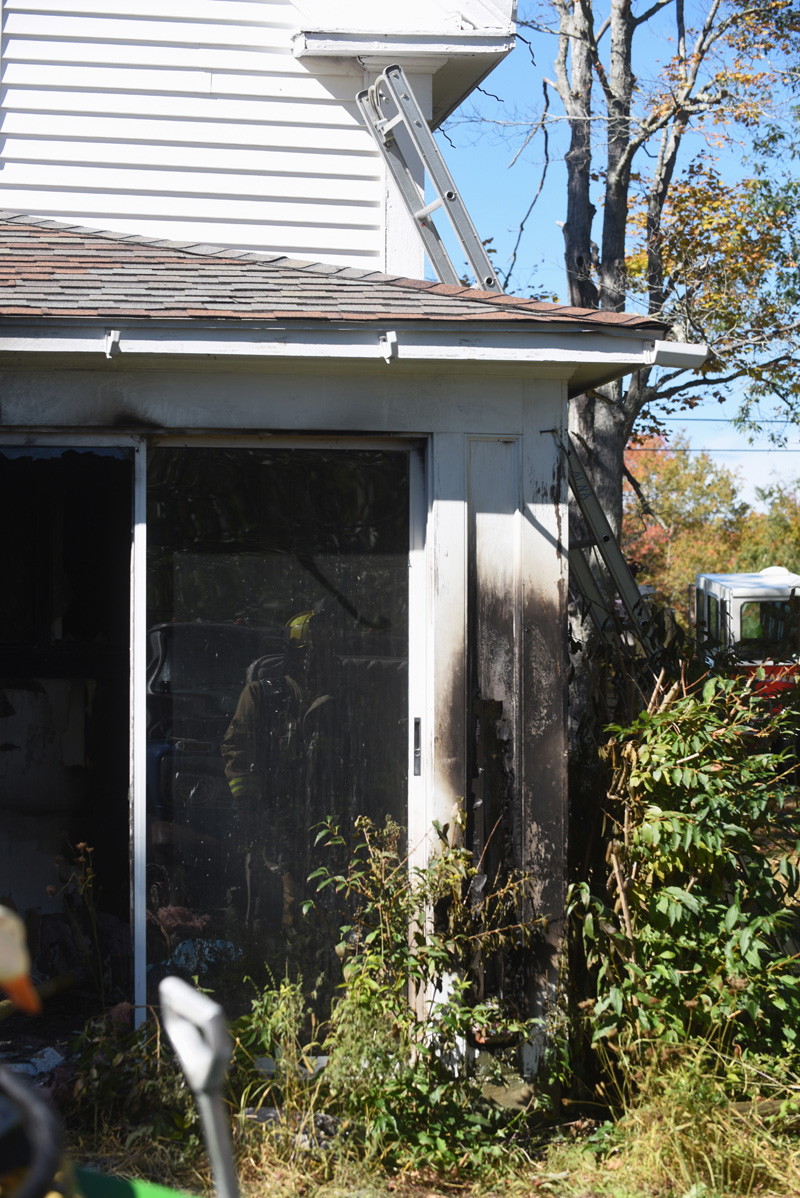 The corner of the back porch, where the fire started, at 1181 West Alna Road in Alna. (Jessica Picard photo)

No one was hurt in the fire. Alna Fire Chief Michael Trask said he believes the fire caused “several thousand dollars” in damage to the enclosed porch of the vacant house at 1181 West Alna Road.

The house is owned by sisters Barbara Watkis and Pamela Tibetts, whose parents lived there for multiple decades, according to Barbara Watkis. The house is known as “the Potter household” after her parents, she said.

Barbara Watkis’ son Josh Watkis was working outside the house at the time of the fire with his fiancee, Michele Wager.

Wager said she was working in a pasture next to the house and her fiance was mowing the lawn when passersby stopped and told her the house was on fire.

Wager said she initially did not believe them, thinking they had seen smoke from the wood Josh Watkis had been burning in the driveway, away from the house.

Wager said she, along with Josh Watkis and other passersby who stopped to help, used garden hoses and buckets of water to douse the area of the porch that was smoking. “I never saw any flame,” she said.

Joining the Alna Fire Department at the scene were the Jefferson, Newcastle, Whitefield, and Wiscasset fire departments, as well as Central Maine Power Co. and the Central Lincoln County Ambulance Service.

The Maine State Fire Marshal’s Office will investigate the cause of the fire, Trask said.