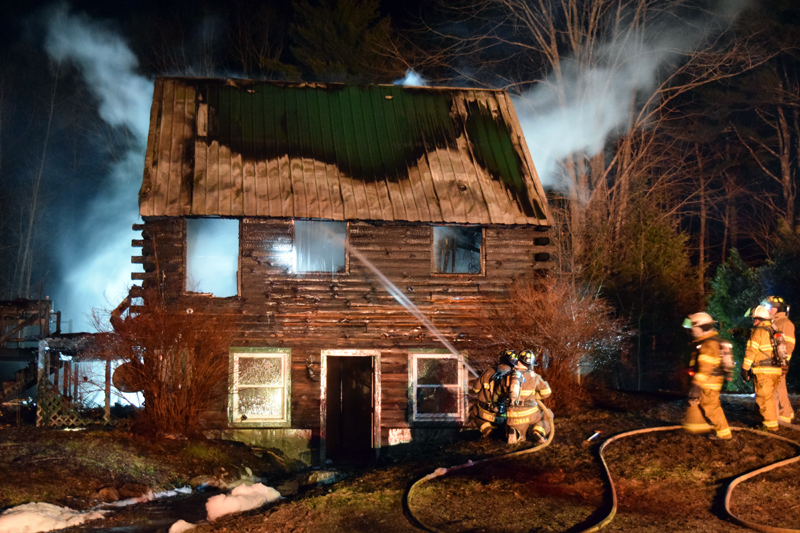 A log cabin on Upper Round Pond Road in Bristol sustained heavy damage in a fire late Sunday, April 15.

The two-story building is a vacant rental house and no one was inside when the fire started, according to Bristol Fire Chief Paul Leeman Jr. No one was hurt in the fire or the response.

A determination of the fire’s cause was not available at press time. The Maine State Fire Marshal’s Office visited the scene Tuesday, April 17.

Jamie and Gretchen Brinkler own the property at 526 Upper Round Pond Road and had been working on the building recently, according to Leeman. 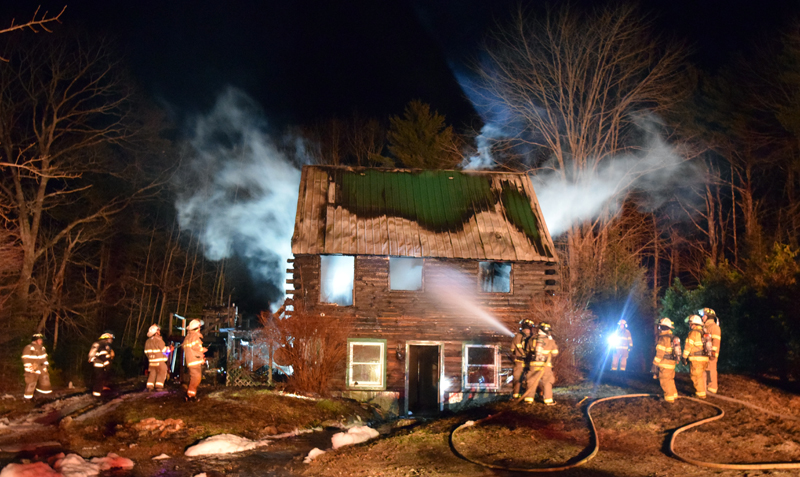 Firefighters surround a burning log cabin at 526 Upper Round Pond Road in Bristol late Sunday, April 15. Bristol Fire Chief Paul Leeman Jr. said the cabin is likely a total loss, but no one was hurt in the fire. (J.W. Oliver photo)

The building was “completely engulfed” in flames upon firefighters’ arrival and the building’s gable ends had “burned through,” Leeman said. The cabin has a metal roof, and metal roofs “hold the heat so it’s just like an oven,” he said.

The firefighting response was a “completely defensive attack,” Leeman said.

The fire departments set up a tanker shuttle to bring water from the Bristol Mills Dam to the scene near the corner of Route 32 and Upper Round Pond Road. 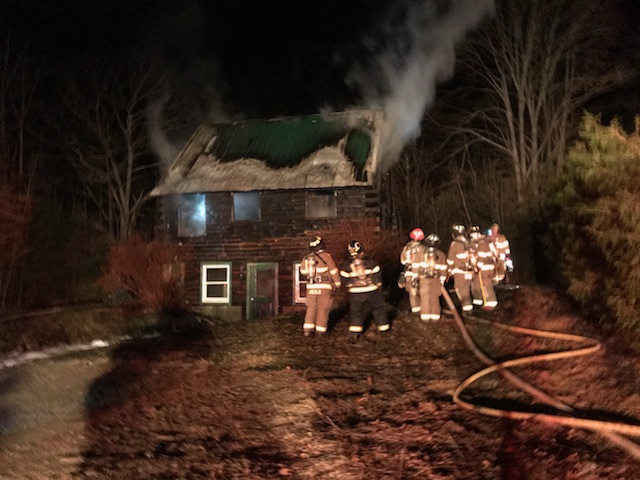 Area firefighters on the scene of a structure fire on Upper Round Pond Road in Bristol the evening of Sunday, April 15. (J.W. Oliver photo)

Firefighters quickly knocked down the fire. Mutual-aid departments were able to clear the scene before midnight. Bristol Fire continued to monitor the building and planned to use thermal-imaging cameras to check for hot spots.

The fire likely destroyed the building. “I would say it was a good stop, but it probably is a total loss,” Leeman said.

The ambulance crew and first responders set up rehab for the firefighters. “We rotate the crews out quite readily,” Leeman said. CMP shut off electricity to the property.