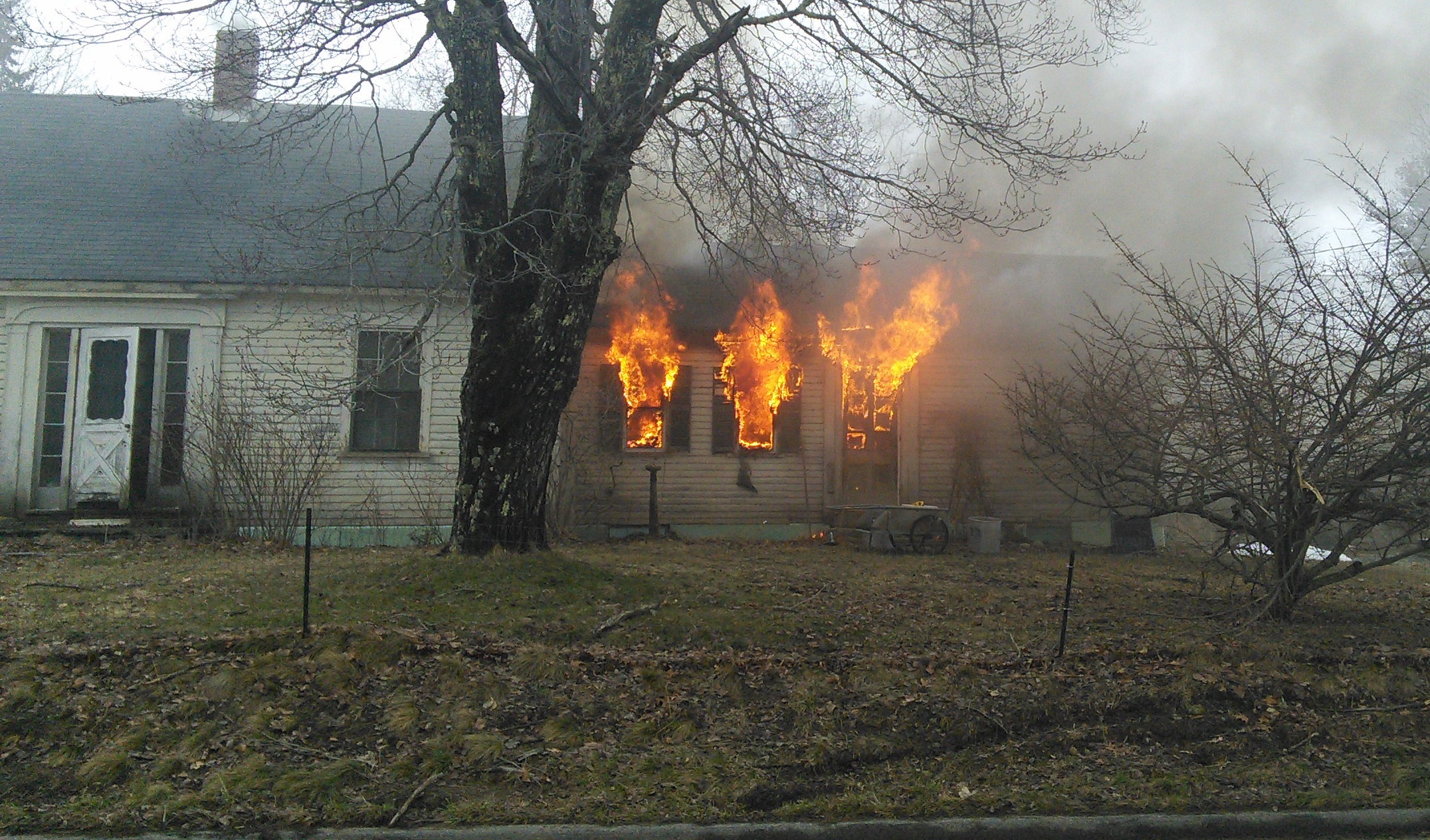 The home of four generations of Fergussons at 342 Jefferson Road in Whitefield is salvageable after a fire the evening of Wednesday, April 5.

The fire originated from the wood stove or chimney in a section of the house, according to Whitefield Fire Chief Scott Higgins. It was reported at about 5:30 p.m.

A “coordinated attack” by firefighters from seven departments prevented the fire from spreading to the main house, other sections of the structure, and an adjacent barn, Higgins said.

His son, Colin Fergusson, was living at the house with his girlfriend, Sara Roy, but neither were home at the time of the fire, George Fergusson said. The house was not insured.

Three cats were able to make it out of the building, but their dog, Emma, is missing, George Fergusson said. The family continues to search for her, but believes she may have died in the fire.

Flames were shooting through the windows of the section of the house the couple used when firefighters arrived on scene, Higgins said. The bulk of the flames were knocked down in about 30-45 minutes, but “labor-intensive overhaul” was required to prevent the fire from spreading, he said.

“It was an old house” and flames were traveling through the walls, beams, and “everywhere,” Higgins said. The house had about five sections, in addition to the main house, but firefighters were able to contain the fire to the bedroom, living, and storage area around the area where it originated, Higgins said.

Those areas took the bulk of the damage, but firefighters were able to keep the flames from spreading to the main house, which has some smoke and heat damage, but emerged relatively unscathed, Higgins said. 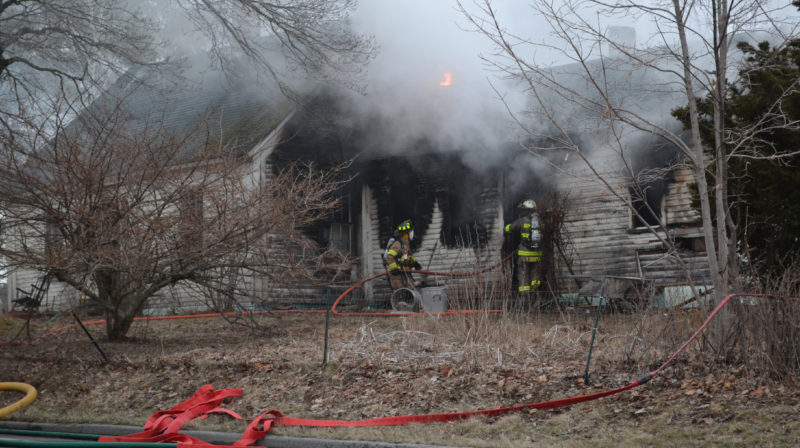 Firefighters from seven departments battled a structure fire on Jefferson Road in Whitefield that was reported at about 5:30 p.m. on Wednesday, April 5. (Abigail Adams photo)

Colin Fergusson was able to recover important personal papers and documents, such as his passport, that were stored in the main house, Higgins said.

Much of the damaged portion of the house will need to be torn down, but many areas look like they can be salvaged, George Fergusson said. The main house was closed off for the winter, and besides some areas of the roof, remains relatively unscathed, he said.

The house sits on 110 acres that the Fergusson family shares. George Fergusson’s daughter plans to build a house on the Jefferson side of the property this summer. “We’re going to pick up the pieces and move forward,” he said.

Most of Colin Fergusson’s and Roy’s possessions were destroyed, but the outpouring of community support has been “truly remarkable,” George Fergusson said. An online fundraiser has been established for the couple at gofundme.com/help-colin-and-sara-rebuild and donations of clothes and offers of places to stay are pouring in.

“It’s bad enough, but it’s not nearly as bad as it looked,” he said.

The response from area fire departments “was invaluable,” Higgins said. The Whitefield, Alna, Chelsea, Jefferson, Pittston, Somerville, and Windsor fire departments assisted in the effort, in addition to Delta Ambulance and the Lincoln County Sheriff’s Office.

“I can’t thank the mutual-aid companies enough for the job they did,” Higgins said. “They were excellent firefighters, and everyone worked well together.”

There were no issues getting water to the scene due to its proximity to Clary Lake, Higgins said.

“It’s a valuable water source and it helped preserve the house. If this happened last summer, we would have had a problem” due to the low water level, he said.

The overhaul effort was “intensive” and “thorough,” Higgins said. Firefighters worked until midnight to ensure all remaining hot spots were extinguished. The portion of Jefferson Road (Route 126) around the house was closed to through traffic as firefighters worked.

“I’ve really got to thank the sheriff’s office for closing the road, so we could do our job,” Higgins said.

After clearing the scene at about midnight, Whitefield firefighters returned to their stations to clean and prep their equipment so they could return if necessary, Higgins said.

Higgins returned to inspect the scene the morning of Thursday, April 6, but there was no need for an additional response from the fire department.