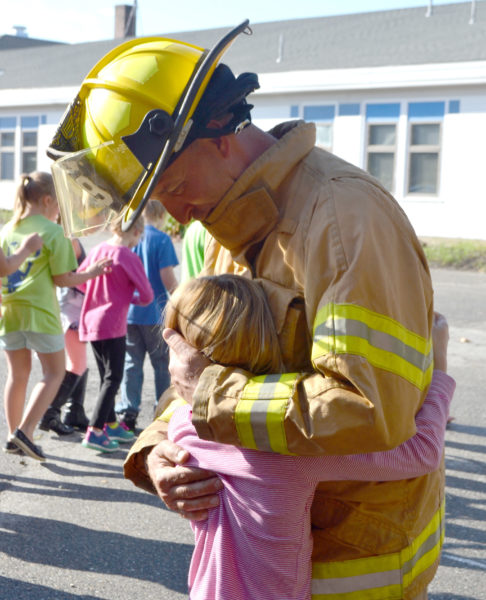 The occupants of a mobile home in Boothbay Harbor exited safely when the building caught fire the afternoon of Wednesday, Nov. 28, partly thanks to the actions of a passerby, Bristol firefighter Leon MacCorkle.

MacCorkle was driving to an appointment when he saw smoke coming out of the eaves of a mobile home at 29 Williams St.

“I said to my wife, ‘That house is on fire,’” MacCorkle said.

MacCorkle, citing “firefighter’s instinct,” jumped into action, going around to the back of the home, where a door was open, to make sure no one was inside.

“It’s not something you just drive by and ignore,” he said.

Norman Fogg owns the home and was inside with his dog and a furnace repairman, according to Boothbay Harbor Fire Chief Nick Upham.

Someone in the home contacted emergency services because they saw some smoke and thought the propane stove in the kitchen was malfunctioning, according to Upham.

“They did not realize that the house was on fire, I don’t think,” MacCorkle said. “They knew they had a problem, but I don’t think they knew how bad it was.”

MacCorkle told the occupants of the home they should evacuate and move their vehicles out of the driveway to make way for fire trucks.

He then went back outside to shut off the propane tank he believed was fueling the fire.

The line connecting the propane tank to the home was burning, MacCorkle said. Once the propane was shut off, he looked for a way to put out the fire he could see on the outside of the home.

After finding a garden hose had been disconnected, he used the lid of a trash can to smother the flames. However, he could still hear the fire inside the walls of the house.

“I think (the fire) was already ahead of me at that point,” he said.

When MacCorkle went back inside to make sure the occupants were leaving, the smoke in the home had turned black.

“It was almost like being in a totally different scene,” he said.

MacCorkle said that from his years as a firefighter, he could tell the fire would soon “flash over” and the home would quickly become too hot to be in.

He made sure the home’s occupants left and closed the front and back doors so as not to feed the fire more oxygen. 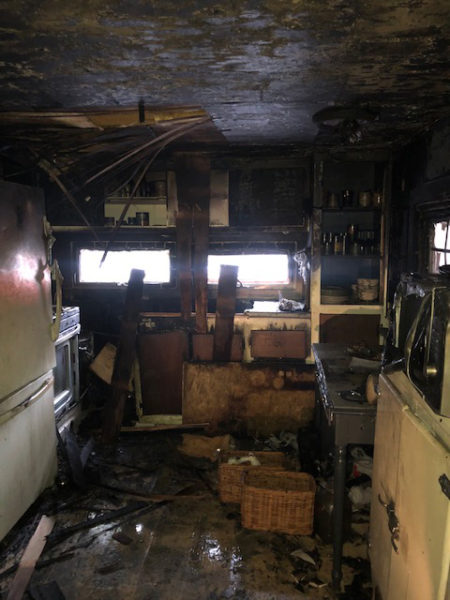 When the first local firefighter arrived, MacCorkle helped prep the fire hose, then stepped back.

The Boothbay Harbor Fire Department had the fire under control in about 20 minutes, Upham said.

The fire was electrical and started in the kitchen due to an old fuse panel, according to Upham.

Upham said he thinks MacCorkle, by stopping, alerting the occupants of the home, getting them out, and shutting the front and back doors, “was extremely helpful” to the local firefighters.

“It’s all about neighbors helping neighbors,” he said.

MacCorkle was a full-time firefighter in New Hampshire for seven years before moving to Bristol and joining the town’s volunteer fire department five years ago. He and his wife, Sara MacCorkle, own Padebco Custom Boats, a boat-builder and full-service boatyard in Round Pond.

“I didn’t do anything that any other firefighter wouldn’t have done,” MacCorkle said.