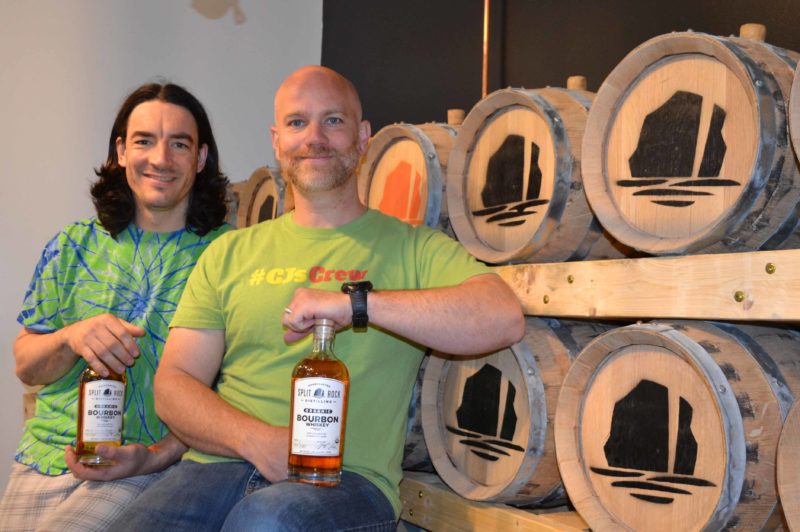 After almost two years of renovations, research, and product development, Newcastle’s Split Rock Distilling opened its doors to the public the weekend of July 1.

Located at 16 Osprey Point Road off Route 1, Split Rock Distilling is the only 100 percent organic distillery in Maine, according to founders Topher Mallory and Matt Page.

The soft opening July 1 took place almost two years after the friends purchased the property in 2014.

“We had yet to even start the process of rehabbing the building and truly understanding how much was going to go into it,” Page said. “We were aware of things like dealing with manufacturers and purchasing the equipment of this scale, but we didn’t fully have a grasp on it at the time.”

“The past two years have been a transition of a dream into what is now a brick-and-mortar tasting room with a full-fledged distillery with five products,” Mallory said.

Part of the process involved renovating a barn on the property to meet production needs, allow space for the tasting room, and fit with the business’s brand. 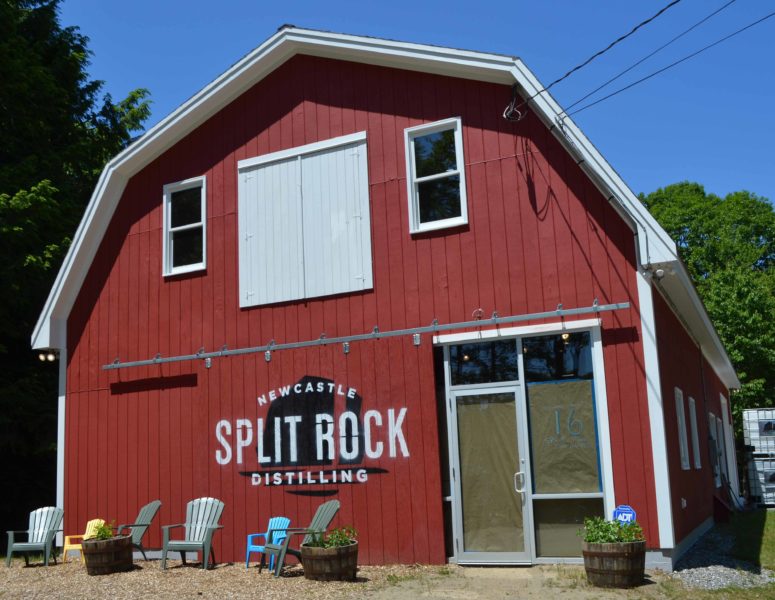 The layout of the distillery was also taken into consideration throughout renovations. A glass wall separates the tasting room and the production floor, allowing visitors to be as close to the process as possible, Page said.

“Obviously we want this to work as well as possible to create a wonderful product, but we also wanted it to work as best it could design-wise,” Mallory said. “It’s more than just people coming in to have a drink; we want to educate and create an experience for everyone.”

One of the unknowns in 2014 was whether or not the distillery was going to be organic. There were very few 100 percent organic distillers in the world, Mallory said.

“We started talking and fleshing the idea out and made the decision to go this route,” Mallory said. “In this building, everything that is in this bottle is made from a raw ingredient.”

The ingredients, from the grains to horseradish, are all sourced as locally as possible, Page said. Each finished product is certified organic by the Maine Organic Farmers and Gardeners Association.

By pursuing the organic path, Split Rock Distilling also has a new, somewhat unexpected product: animal feed. The mash produced in the distillation process is being used to feed livestock at local farms, including pigs at  High on the Hog Farm, of Nobleboro, and cows at Straw Farm, of Newcastle.

“We took the extra step of not just getting the product itself MOFGA-certified, but also getting the byproducts certified as well,” Page said.

Mallory and Page visited distilleries around the state and country to learn about the distilling process. During each visit, they would ask the owners if there was anything they would do if they were to start over. Some answers Mallory and Page took into consideration, such as the installation of a larger floor drain and not racing to market with a product that wasn’t ready.

The business currently has bourbon, blueberry vodka, horseradish vodka, an 80-proof vodka, and a 150-proof vodka available. A gin and a rum are still in the process of being fine-tuned, Mallory said. 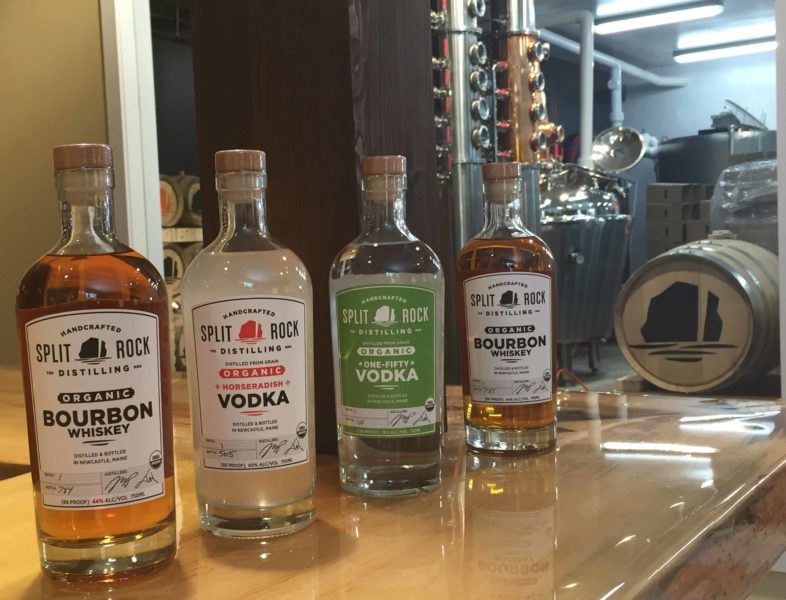 “We’re not going to put something in a bottle unless we are satisfied with it,” Mallory said.

The names of some of these supporters appear on the placards on a wall in the tasting room. The two names with “prime real estate” on the wall are Kristin Mallory and Ericka Page, the wives of the owners, Page said.

“We’ve all sat on the rug in the tasting room together to have dinner and spend quality time with our kids and get the love from them that re-energizes and reinvigorates,” Page said. “None of this would be plausible or possible without their love and support.”

The distillery is named for Split Rock Road, a narrow country road that connects Route 129 in Walpole and Route 130 in Bristol. It’s also the shortest route between Mallory and Page’s homes, and, according to a friend’s observation, the only shortcut the two seem to have taken during the whole journey, Page said.