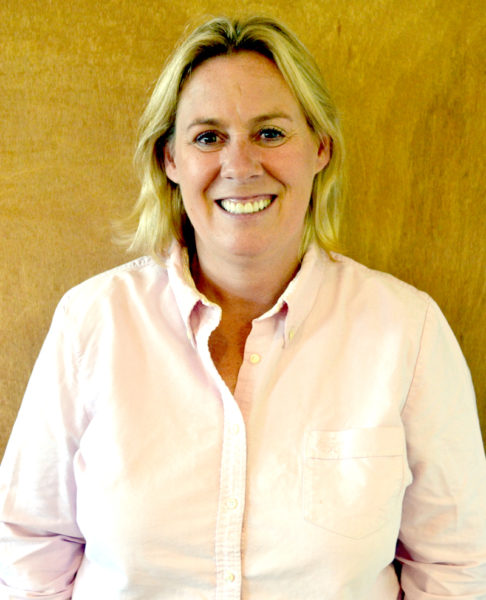 A Boothbay Harbor business owner and Republican is seeking a second term in the Maine House of Representatives to make the state more business-friendly.

Hawke was first elected to the Maine House of Representatives in 2014, defeating Edgecomb independent William H. “Bill” Coombs. She said her first term was a “learning term.”

“It was scary walking in the first day, because you’re flying solo,” Hawke said. “When you’re campaigning you have all these people beside you, but once you walk in, you’re on your own.”

One of Hawke’s hopes when she ran in 2014 was to bring a pro-business perspective to the Legislature. She has the same goal for a second term.

“I want Maine to be a business-friendly state,” Hawke said. “I think we need to make it affordable for the bigger jobs and companies to be here. We have so much to offer here in Maine.”

Hawke said she strongly opposes the referendum question that would increase the state’s minimum wage to $12 by 2020 because of the impact it would have on people who are dependent on tips.

“People don’t realize that the referendum vote would slash the amount that these servers are making,” Hawke said. “Some people would go from bringing in hundreds of dollars in tips every night to only making $12 an hour. It would have an impact on their way of life.”

“Service is commission-based. The wage is supposed to be a carrot,” Hawke said.

In addition, increasing the minimum wage could have an impact on how much businesses charge for goods and services, Hawke said.

“Restaurants already have a thin margin of profit, so when you increase what you have to pay for salaries, you have to make that up somewhere else, like raising their prices,” Hawke said. “What happens to the people who are on fixed incomes when businesses have to triple their prices? Some people are on tight budgets.”

In an effort to bring down the cost of health care for Maine residents, Hawke said the insurance market needs to be opened up to allow for more competition between providers.

“Obamacare sounded good because it was cheap, but what sounded good then doesn’t sound good now. Insurance for families is high,” Hawke said. “I don’t know what the fix is, but we need to get some competition to lower prices.”

When it comes to addressing the opioid crisis, Hawke said towns along Maine’s border and the Maine State Police need to continue their efforts to keep drugs from entering the state.

The Lincoln County Recovery Collaborative, a joint effort of the county’s law enforcement agencies and health care providers to combat the drug crisis through outreach and treatment, is “a wonderful thing,” Hawke said.

“I have talked with (Boothbay Harbor Police Chief) Bob Hasch extensively about it, and it’s a great thing what they’re doing,” Hawke said. “The goal is to get these people help so they can get better.”

While she is not opposed to solar energy, Hawke said she could not support LD 1649, “An Act to Modernize Maine’s Solar Power Policy.” The bill, which had support from advocates for solar power as well as public utilities, was an effort to increase the production of solar energy in the state and adjust how producers of solar energy receive credit for their energy. The bill passed the Legislature, but Gov. Paul LePage vetoed it and the House upheld his veto.

“I voted against it because it was a 20-year contract. The only thing that should be under contract for 20 years is a house,” Hawke said. “Things change over time, technology changes over time.”

In addition, the bill would have subsidized solar energy producers, increasing the cost for other ratepayers, Hawke said.

“I’m not against solar, but it shouldn’t be up to your neighbor or the other ratepayers to subsidize it,” Hawke said.

Hawke has been endorsed by the Sportsman’s Alliance of Maine and the Maine Credit Union League.

In addition to her work in the Maine House, Hawke is the vice chair of the Boothbay-Boothbay Harbor Consolidated School District and sat on the Lincoln County Budget Advisory Committee as the legislative delegate for the 2016 budget.

She chairs the committee for the Windjammer Days parade and volunteers at the Clothing Closet and Food for Thought.