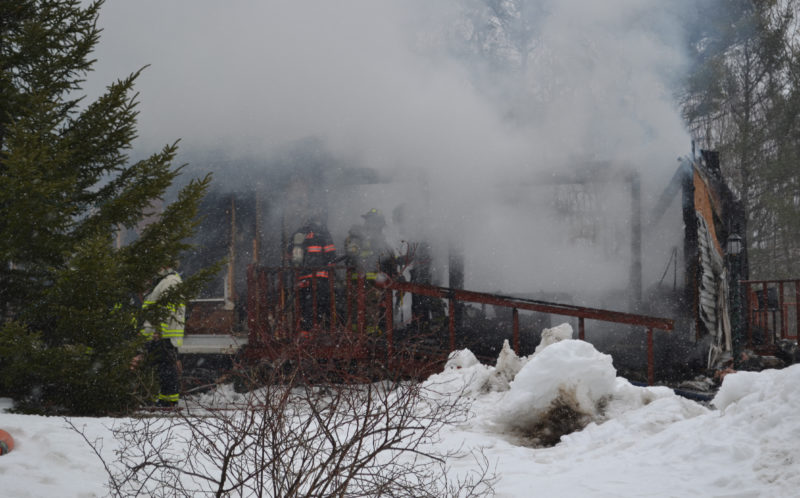 The home of a young family on Middle Road in Dresden was gutted in a fire that was reported shortly after 11 a.m., Friday, March 24. Due to the extent of the damage, the Maine State Fire Marshal’s Office was unable to determine the cause of the fire at 606 Middle Road, investigator Mary MacMaster said.

Eric Moody, Michelle Anair, and their 5-month-old child lived in the house, MacMaster said, but no one was home when the fire broke out.

The family was able to find housing in Richmond and is being assisted by the Red Cross and the Salvation Army, Dresden Fire Chief Steve Lilly said. The Wiscasset Church of the Nazarene is collecting donations for the family.

The house, which was insured, is a “total loss,” Steve Lilly said.

The house was fully involved with flames shooting through the roof when firefighters arrived, said Sonia Lilly, the Dresden Fire Department’s accountability officer. Moody and Anair had a cat and dog, but they are believed to have been outside the house at the time of the fire.

Neighbors reported the fire, Sonia Lilly said. A shed behind the house may have melted siding, but was otherwise undamaged, she said.

Steve Lilly credited the professionalism and good work of the mutual aid response for preventing the fire from spreading. The family was able to salvage some jewelry, a safe, and some other personal items from the house after the fire, he said.

“As we all know, we’re down as far as manpower goes,” Steve Lilly said. “The teamwork helped us save as much as we did.” 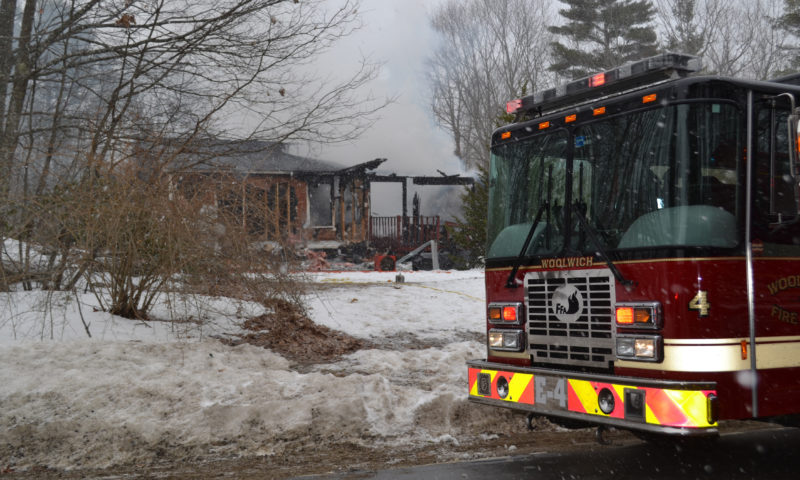 “In the middle of the day to have this many people here … what an amazing response,” Moeller said.

Exterior attack teams of firefighters knocked down the flames in about 20 minutes, Sonia Lilly said. Overhaul to put out remaining hot spots continued for the next few hours.

The area around the fire was closed to through traffic as firefighters worked at the scene. The scene was cleared at about 2:30 p.m.