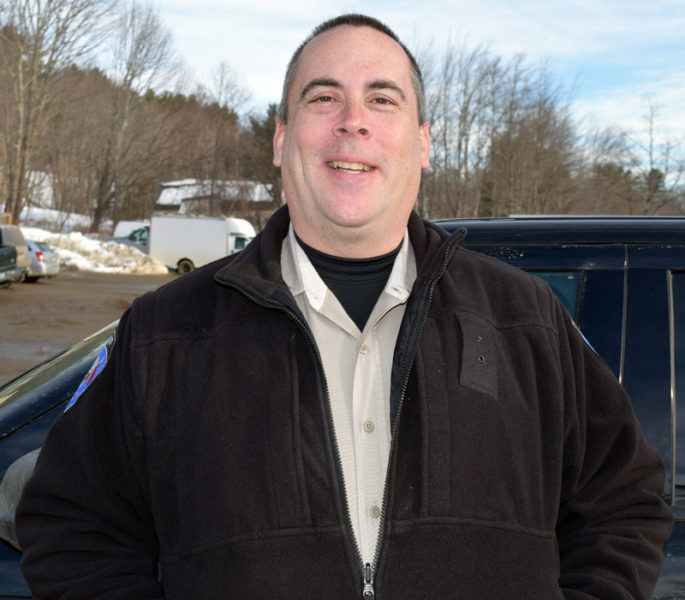 Maker replaces Ken Mason, who was elected sheriff of Kennebec County in November. Brackett announced the selection at a meeting of the Lincoln County Board of Commissioners on Tuesday, Feb. 21.

Maker started with the sheriff’s office as a deputy in May 1995. He was later promoted to detective sergeant. For roughly the last 14 years, he has been a lieutenant in charge of the patrol division.

The position of chief deputy is a non-union position and has a six-month probation period. Maker is a union employee, and Brackett will ask the union to allow Maker to return to his current position if the promotion to chief deputy does not work out for Maker or for the county.

The sheriff’s office will begin discussions immediately about the process to fill Maker’s position as the head of the patrol division, according to Maker.

The announcement of Maker’s appointment was well-received by the commissioners. “Maker is an excellent choice,” Commissioner Hamilton Meserve said.

The commissioners also approved other personnel changes at the sheriff’s office on Brackett’s recommendations.

Deputy 1st Class Mark Bridgham has been promoted to sergeant.

Chase Bosse, of Brewer, has been hired as a full-time patrol deputy. Bosse will relocate to Lincoln County, according to Brackett. He is a graduate of Husson College with a Bachelor of Arts degree in criminal justice.

Brackett said there were 18 applicants for the position and eight or nine of the candidates went before oral boards for interviews.

“What impressed me about Mr. Bosse was his level of interest in the job, and also the fact he is working on getting his master’s degree in criminal justice,” Brackett said.

Brackett said several candidates were qualified for the job, and he will draw from the same pool of candidates for future openings.

The commissioners approved the hiring of Lucas Bickford as a part-time deputy. Bickford, of Bristol, is a college student, according to Brackett.

Maker said the sheriff’s office is in a period of transition after the departure of veteran officers like Mason and Sgt. Jason Nein.

“It’s good for us, operationally and management-wise, to bring in all these fresh faces and ideas,” he said. “I’m excited about it and I think the employees are.”

“We have a lot of good employees at the sheriff’s office and I’m confident we’re going to find the people we need to move the agency forward,” he said.