At the state level, the race was too close to call at press time. With 524 of 582 precincts reporting, Biden had 34% of the vote to 33% for Sanders, according to the Bangor Daily News.

At press time, Warren and Bloomberg appeared headed for third and fourth finishes statewide as well.

The only other candidate on the Democratic ballot who remains in the race, U.S. Rep. Tulsi Gabbard, of Hawaii, received 47 votes in Lincoln County.

In the 2016 county caucus, Sanders received twice as many votes as Hillary Clinton. Clinton would go on to win the party’s nomination, but fall to Donald Trump in the general election.

In the Republican primary, President Trump was the only candidate on the ballot. He received 3,173 votes.

Meanwhile, local voters opposed an effort to overturn a new law regarding immunization, 9,192-3,058. Results were similarly lopsided statewide, resulting in defeat of the people’s veto.

The vote will allow the new law to take effect Sept. 21, 2021. The law eliminates religious and philosophical exemptions to immunization requirements for students of private and public schools and employees of health care facilities and nursery schools.

Early reports were of high turnout for the Super Tuesday primaries – the first presidential primaries in Maine in 20 years – and the special referendum.

“I think the immunization question is bringing a lot of people out,” Wiscasset Town Clerk Linda Perry said.

Turnout was especially high among Democrats, with a competitive primary to decide. “We are calling it the blue wave,” Perry said.

“It’s a bigger turnout than I expected, but it’s always unpredictable,” she added. 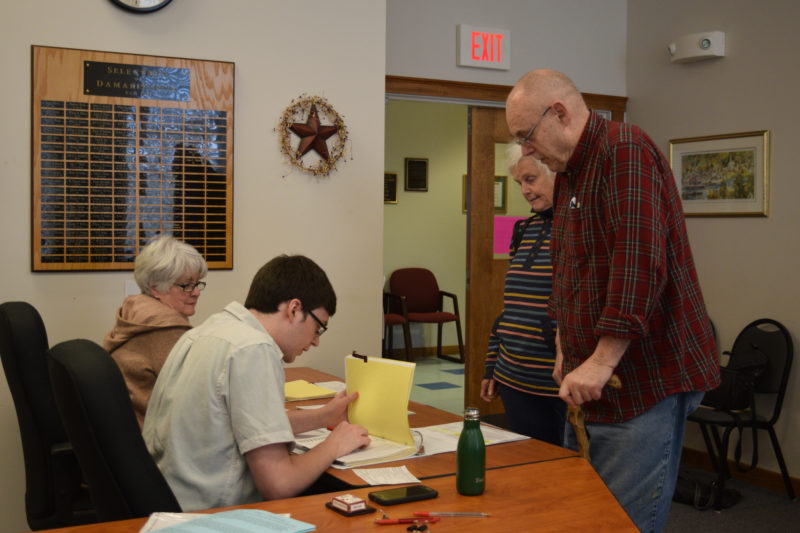