A lobster boat crashed into the bridge over The Gut in South Bristol during stormy weather Saturday, Oct. 27, damaging the boat and temporarily closing the drawbridge to boat traffic. 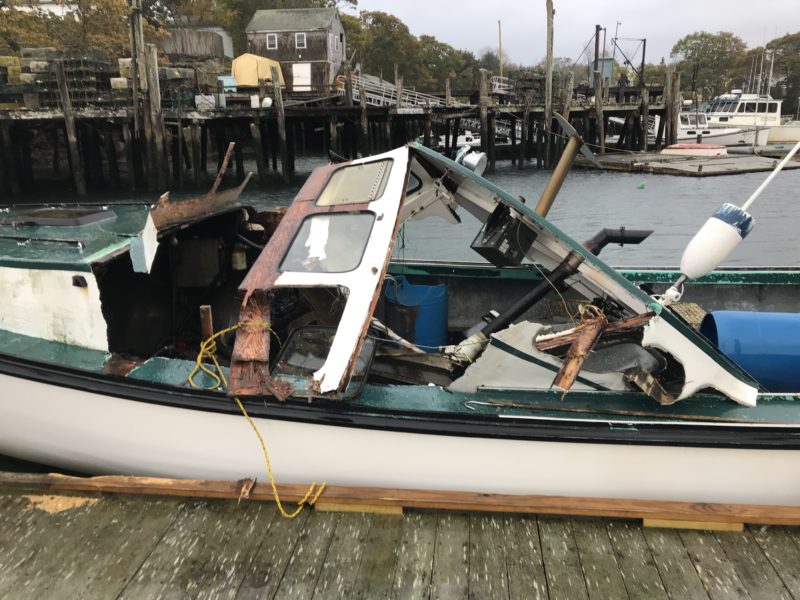 A lobster boat is tied up at the town landing in South Bristol after coming adrift and crashing into the bridge during heavy wind and rain Saturday, Oct. 27. (J.W. Oliver photo)

The boat was on the east side of the bridge when, during heavy wind and rain, it came free from its mooring and drifted into the bridge at about 3:45 p.m., according to local officials. The boat continued under the bridge and out the other side, floating past Gamage Shipyard.

“Mike Nyboe just went and got it, brought it up to the public landing, and dropped it at the dock,” South Bristol Fire Chief Mark Carrothers said about 45 minutes after the crash. Nyboe owns Bittersweet Landing Boatyard, on the east side of the bridge.

Although the vessel has heavy damage to the wood pilothouse, the fiberglass hull appears intact, Burnham said. 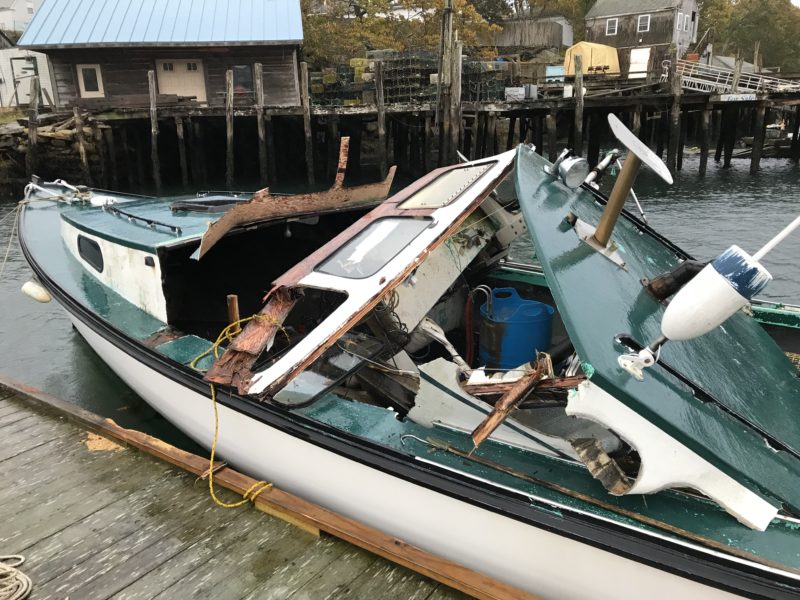 A drifting lobster boat collided with the bridge over The Gut in South Bristol at about 3:45 p.m., Saturday, Oct. 27, according to public safety officials. (J.W. Oliver photo)

The bridge did not take any damage, according to Maine Department of Transportation spokesman Ted Talbot.

The department, which operates the drawbridge, closed the bridge to boat traffic for almost 24 hours until it could conduct an inspection, according to Talbot. There was concern about damage to the underside of the bridge, but the inspection found none. 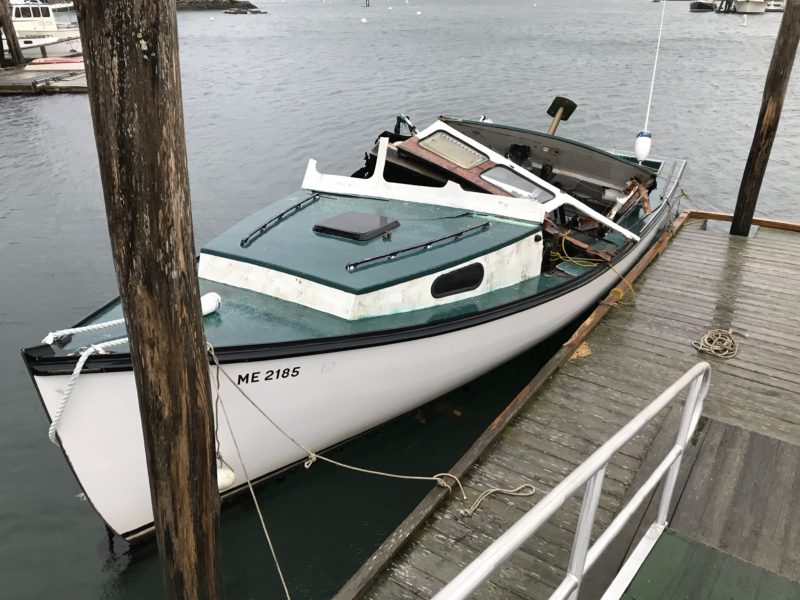 The owner of a local boatyard retrieved the damaged boat and tied it up at the town landing. (J.W. Oliver photo)

Carrothers expected Maine Marine Patrol to respond to the incident, as well as Central Maine Power Co., to deal with a power line dangling near the bridge.

“It had absolutely nothing to do with the boat coming through,” Carrothers said of the line. “It might have had to do with the storm, but we noticed it when we got here, so now it just makes things a little bit more hairy.”