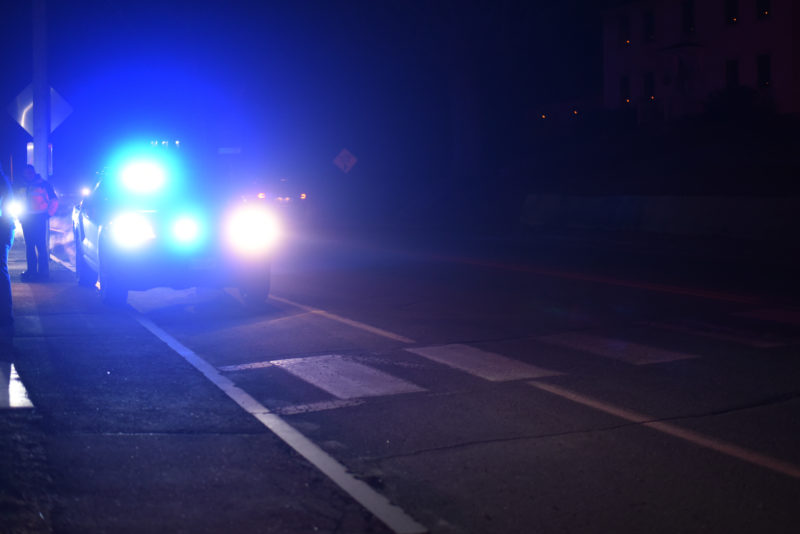 The Lincoln County Sheriff’s Office responds to an accident on Main Street in Newcastle on Wednesday, Dec. 5. An SUV struck a pedestrian in the crosswalk, causing minor injuries. (Jessica Picard photo)

An SUV struck a pedestrian in a Newcastle crosswalk, sending the pedestrian to the hospital with minor injuries, the evening of Wednesday, Dec. 5.

Richard Bates, 64, of St. George, was in the crosswalk on Main Street by The Second Congregational Church in Newcastle, according to Lincoln County Sheriff’s Deputy Kevin Dennison. Randall Peterson, 74, of Damariscotta, was driving a black 2007 Cadillac Escalade southwest, away from the downtown. His wife, Jean Peterson, was a passenger in the vehicle.

Peterson did not see Bates begin to cross the street, according to Dennison. The front driver’s side of the Escalade struck Bates on his right side.

“It doesn’t appear that speed was involved,” Dennison said.

There was minor damage to the SUV’s driver’s side mirror and a scratch on its hood, Dennison said.