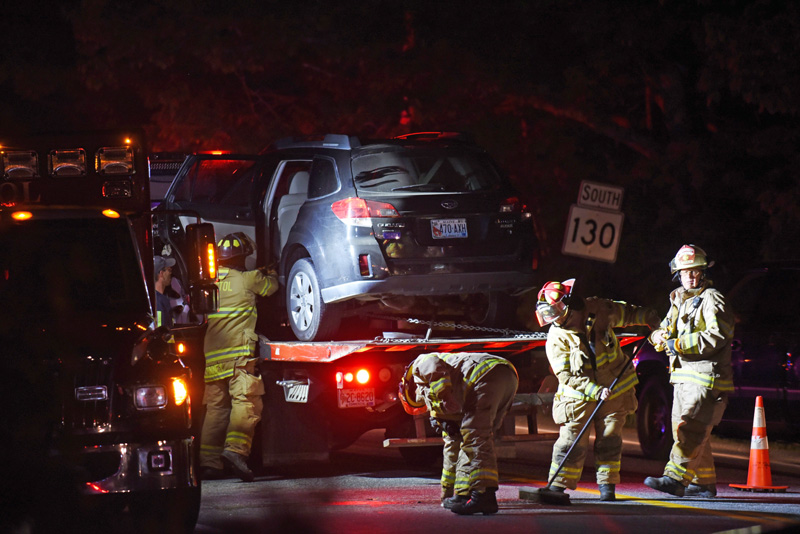 Firefighters clean up the scene of a collision at the intersection of Routes 129 and 130 in Bristol on Thursday, May 31. (Jessica Picard photo)

Two people sustained minor injuries in a two-vehicle accident in front of Hanley’s Market, at the intersection of Route 129 and Route 130 in Bristol, the evening of Thursday, May 31.

Nichols did not yield the right-of-way and the vehicles collided, according to Kane. 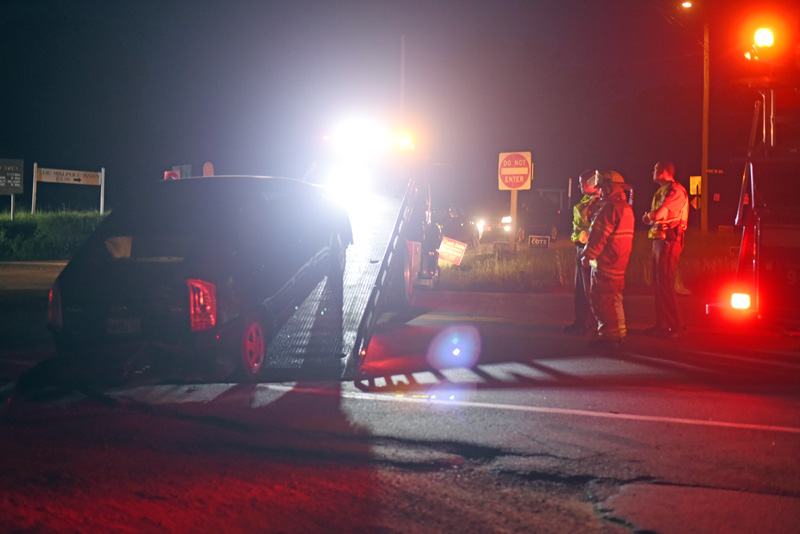 A Toyota Prius is placed on the back of a flatbed truck after a collision at the intersection of Routes 129 and 130 in Bristol on Thursday, May 31. (Jessica Picard photo)

The accident resulted in significant damage to both vehicles and minor injuries to the drivers, who were the only occupants of the vehicles.

Neither speed nor alcohol were factors in the accident, according to Lincoln County Sheriff’s Office Sgt. Matt Day.

Nichols was taken by CLC Ambulance to LincolnHealth’s Miles Campus in Damariscotta. Cash took a personal vehicle to the hospital in order to be checked out, according to Kane.

The Prius was towed by Quick Turn Auto Repair & Towing, and the Subaru by East Coast Recovery and Towing.

Bristol Road was not closed after the accident, but traffic was controlled by the sheriff’s office.