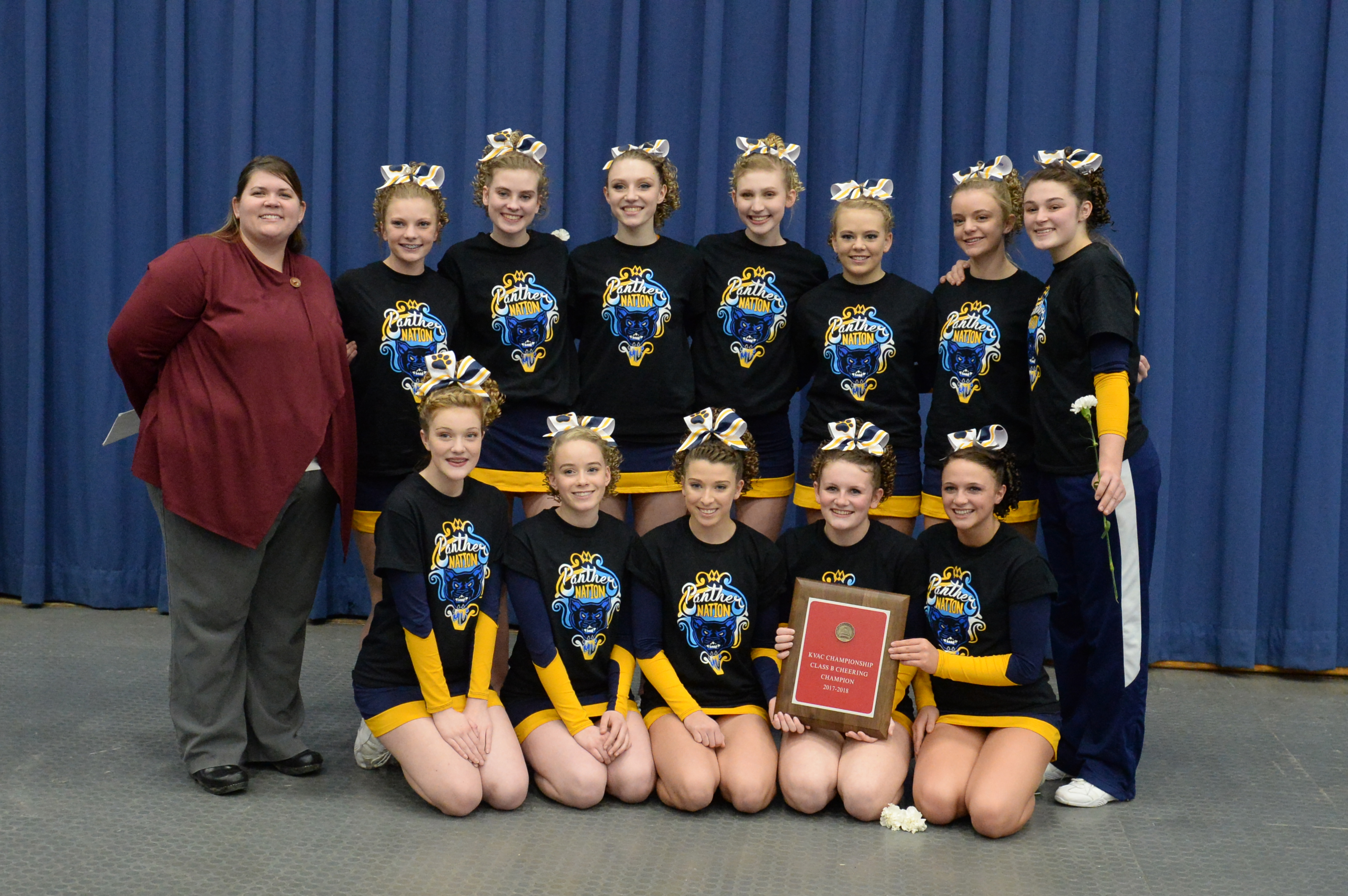 Lewiston won the KVAC Class A title with 84 points, beating out Bangor with 82.4 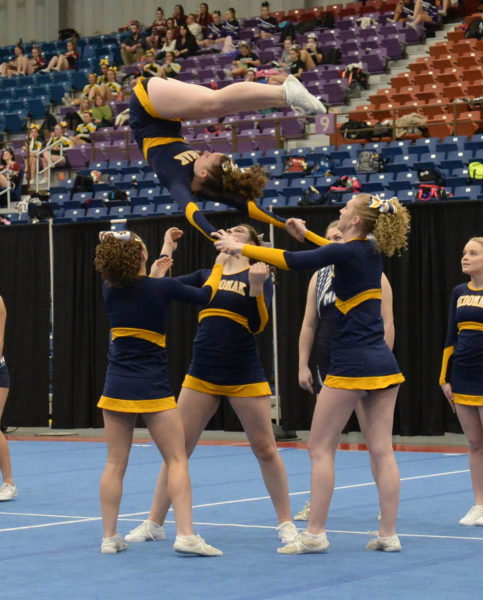 A Medomak Valley cheerleader performs a flip on a stunt at their fourth straight KVAC championship. (Paula Roberts photo)