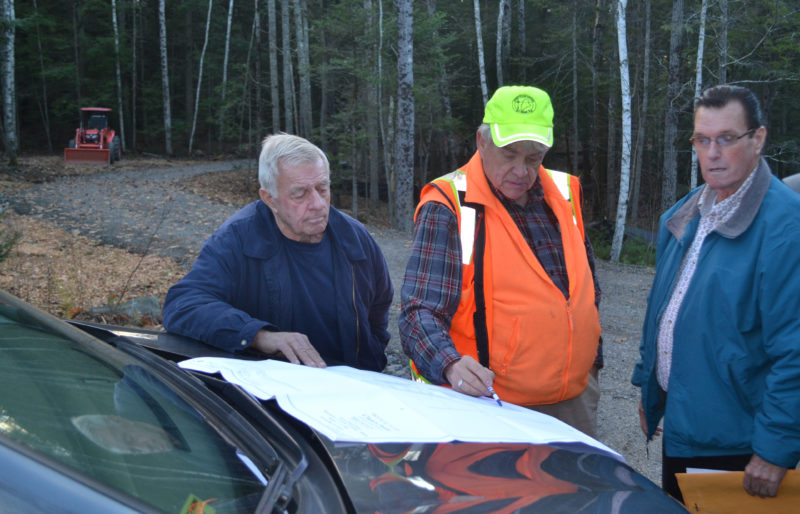 There are tennis courts, a freshwater pond, a deepwater dock, a community building, and community gardens along the Sheepscot River in the Clark’s Point Development in Wiscasset. However, there are only two finished homes on the 200 acres on River Point Road that have long been slated for development.

With new ownership, Clark’s Point Development is slated to become one of the Midcoast’s “premiere coastal property developments,” according to a press release about the project. The owners of Clark’s Point LLC, which recently purchased the development, plan to build about 90 single-family homes and condominiums on the property.

To begin, Clark’s Point LLC partners Scott Lalumiere and Mark Pierson, with Project Manager Edward Keiser, are moving forward with construction on housing lots approved by the Wiscasset Planning Board almost 10 years ago.

With the two existing houses under separate ownership, the total number of planning board-approved residential lots in the subdivision will be nine.

Over the next three years, Clark’s Point LLC will pursue approval for more than 80 more housing units, according to the press release.

“I think it’s nice they’re going to build,” said Dan Bigley, owner of one of the two homes in the development. For the past five years, Bigley and his wife have lived in one of the first homes built in the subdivision. “We’ve been here all alone,” he said.

Bigley attended the planning board’s site walk Thursday, Nov. 17 to see the four lots the board is considering in the application for a subdivision modification. Some lots were still wooded; some were cleared with a driveway.

Each lot is a little more than an acre and is slated for a single-family home, Keiser said.

A two-story, three-bedroom colonial is planned for one of the lots the planning board is considering, Keiser said. The homes on the other lots can be custom-built to customer demands, he said.

The concept for the Clark’s Point Development, a major subdivision plan under the Wiscasset Land Use Ordinance, was initially proposed to the planning board in 2005 by previous owners Brett Benway and Douglas Fitts. 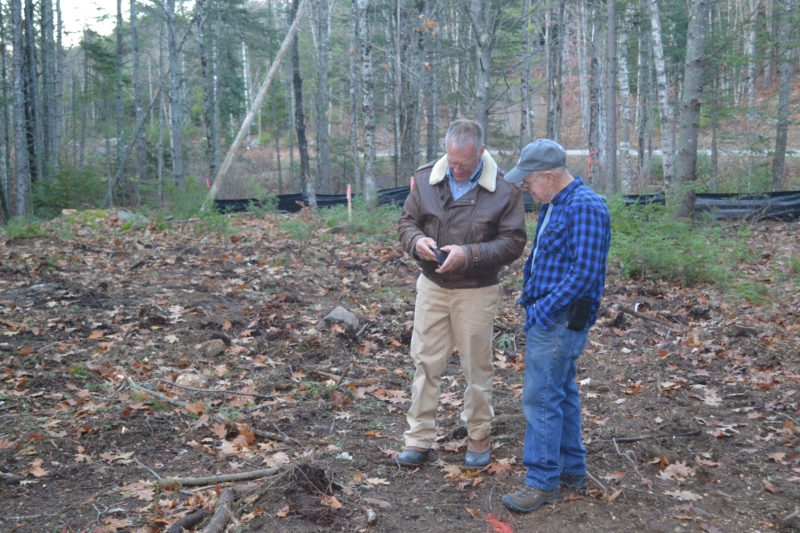 The original plan, to be carried out over several phases, included cluster housing, or residential dwellings grouped closely together, surveyor Karl Olson said.

The new owners of Clark’s Point LLC intend to pursue the full development of the subdivision along the same lines of the concept initially proposed, according to their application.

The cluster housing, however, has been eliminated from the plan in favor of single-family residential housing and condominiums or multiplexes, Olson said. Olson is a member of the planning board, but recused himself from considering Clark’s Point LLC’s application due to his role as a surveyor for the project.

“Midcoast Maine is once again seeing a revival. We envision a project that appeals to families, second-home buyers, and people downsizing,” Pierson said in the press release.

The Maine Department of Environmental Protection has already approved the concept for the larger development, Olson said, but those plans would again need to go before the planning board for approval.

Realtor Sherri Dunbar, of Tim Dunham Realty, which is handling the Clark’s Point Development listings, said she is confident the development will be successful. The quality, energy-efficient homes slated for construction and the amenities included in the subdivision cannot be found at a better price in the Midcoast, she said.

“I think it will attract people who are looking in other locations and may not be able to find what they’re looking for,” Dunbar said.