A rollover on River Road in Newcastle the night of Thursday, June 18 trapped a 22-year-old Edgecomb man under a pickup and sent him to the hospital with a non-life-threatening leg injury.

John R. Tonry was driving a 2000 Chevy S-10 when the vehicle left the road in the area of 449 River Road, rolled over, and struck a fence on an adjacent property, according to the Lincoln County Sheriff’s Office.

Tonry’s leg was trapped under the truck and it had to be lifted to free him, according to LCSO Lt. Brendan Kane. The Central Lincoln County Ambulance Service took him to LincolnHealth’s Miles Campus in Damariscotta.

Kane said the crash is under investigation for operating under the influence and speeding. The truck was totaled.

Lincoln County Communications dispatched the Newcastle Fire Department at 9:36 p.m. and the scene was clear by 10:46 p.m. 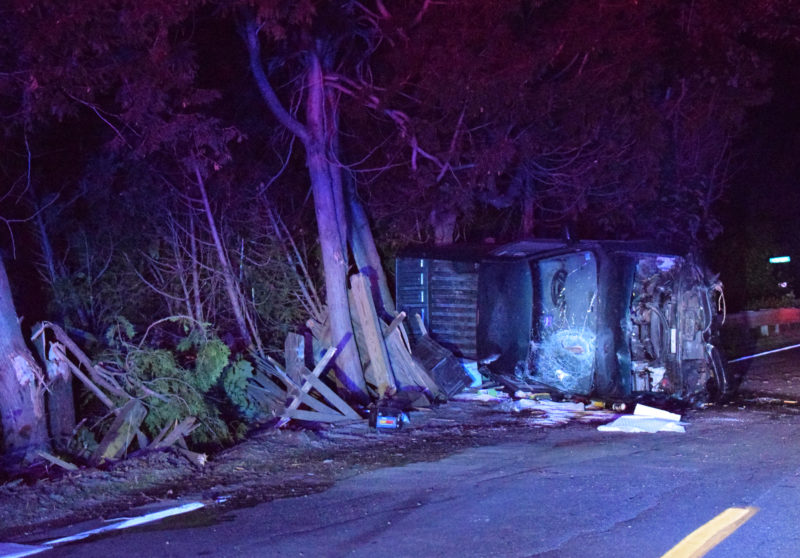 A rollover on River Road in Newcastle damaged a fence, totaled the pickup truck, and sent the driver to the hospital with a leg injury. Lt. Brendan Kane, of the Lincoln County Sheriff’s Office, said the crash is under investigation for operating under the influence and speeding. (Evan Houk photo)