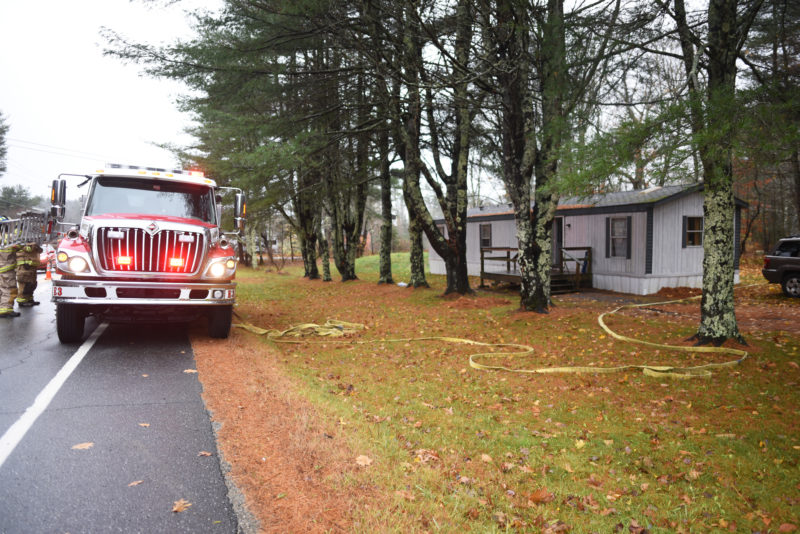 A quick response prevented a fire in the furnace of a mobile home at 747 Bristol Road from spreading the morning of Saturday, Nov. 10.

There were no injuries in the fire, according to Bristol Fire Chief Paul Leeman Jr.

The furnace flooded after multiple attempts to turn it on, according to Leeman. The furnace and piping overheated, which created a lot of smoke.

Firefighters extinguished the fire in the furnace with a small amount of water, Leeman said. The fire was contained to the furnace.

“We’re suggesting replacement of the furnace,” he said.

Rick Parlin owns the home. The Chickering family rents and lives in the home, according to Leeman. Everyone exited the home safely.

The Lincoln County Communications Center dispatched the Bristol Fire Department before 10:15 a.m. and the Bremen, Damariscotta, Newcastle, and South Bristol departments, as well as the Waldoboro Fire Department Rapid Intervention Team, for backup shortly thereafter. All requests to other towns were canceled at 10:24 a.m.

“I continually thank mutual aid response,” Leeman said. “It was an incredible response.”