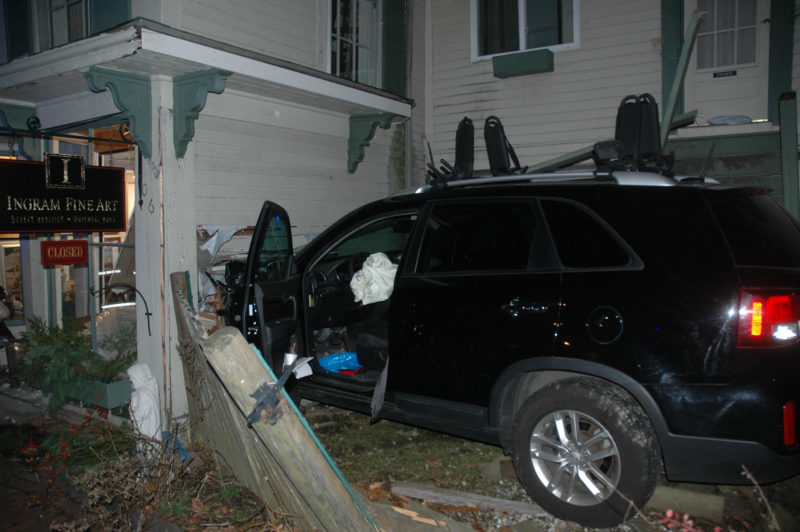 A sport-utility vehicle struck a building at 106 Main Street in Wiscasset, sending one of the vehicle’s occupants to the hospital with non-life threatening injuries. (Alexander Violo photo) 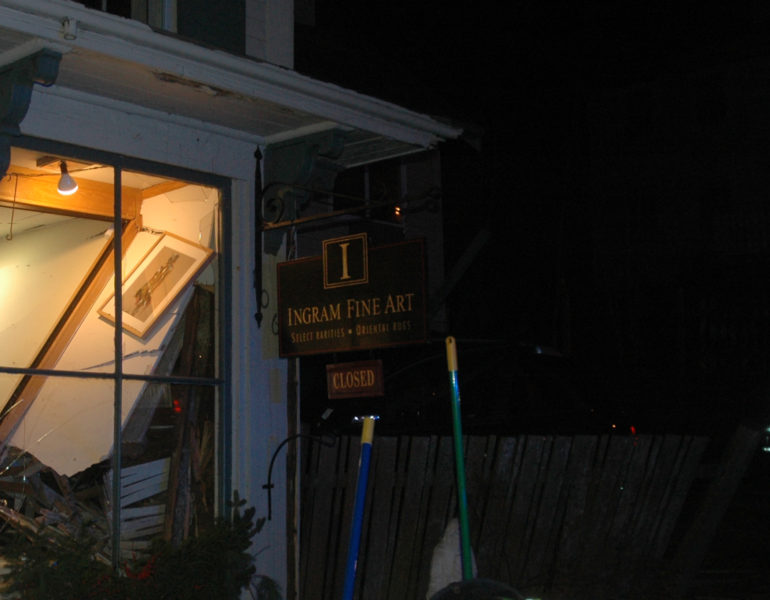 According to Sgt. Craig Worster of the Wiscasset Police Department, the store at 106 Main Street was closed at the time of the crash. (Alexander Violo photo)

The driver, whose identity was not available, was going north on Main Street when they “attempted to avoid a collision,” according to Wiscasset Police Sgt. Craig Worster.

The vehicle went off the northbound side of the road and across a lawn for nearly a block before it struck the building, which houses Ingram Art & Antiques.

No one was inside the building. The shop was closed at the time of the accident, Worster said. There were two occupants in the vehicle.

Speed may have played a role in the accident, Worster said.

The shop’s owner, Larry Ingram, said the accident occurred about 15 minutes after he closed the shop for the evening. Ingram said some of the shop’s antiques were damaged during the crash, though he has insurance on the items. An assessor will determine the full cost.

The Doering family owns the building, according to Ingram.