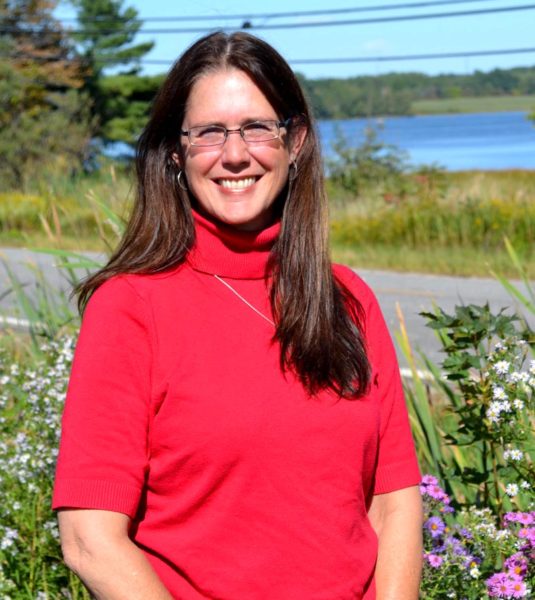 Reducing Maine’s energy costs to create a better business climate and solving the opioid crisis will take an “everything on the table” approach, House District 88 Rep. Deb Sanderson said. Sanderson will bring that approach to the Legislature if elected to a fourth term in office.

Politics was not on Sanderson’s radar when she was encouraged to run for the Legislature in 2010. Sanderson, a Republican from Chelsea, represents Chelsea, Jefferson, Whitefield, and part of Nobleboro.

The real work of a legislator is not in Augusta; it is meeting with and talking to constituents, Sanderson said. “That’s the best part of the job,” she said.

It is through interactions with constituents that Sanderson became a champion for Maine’s medical marijuana program, something she was never previously involved in. “Through working with patients and caregivers and seeing the benefit, it changed my mind,” Sanderson said.

Some of Sanderson’s Republican colleagues, who never previously voted in favor of medical marijuana, supported the bill, she said. “They understood how important it was for children to not be denied education,” Sanderson said. “It was a good day when that came out of committee with a strong vote.”

For all the publicity surrounding the disputes between Republicans and Democrats in the Legislature, more often than not, the two sides agree and work well together, Sanderson said. The bipartisan legislation regarding the opioid crisis was “a really good piece of work,” Sanderson said.

The Legislature passed two bills, one to strengthen monitoring of prescriptions of controlled substances, and another to increase funding for the Maine Drug Enforcement Agency and addiction treatment. “The Legislature as a whole took a lot of pride in it,” Sanderson said.

“An everything-on-the-table approach,” is needed to tackle the drug epidemic, Sanderson said. Work needs to continue to stop the flow of drugs into Maine, and there need to be more tools and support systems in the community for individuals on the path to recovery.

While Sanderson supports many of Gov. Paul LePage’s policies, “I’m not afraid to walk into his office and fight for what I believe in,” she said. Access to Narcan, a medication that reverses the effects of opioid overdoses, is one of those issues, Sanderson said.

In 2014, Sanderson worked with the Democratic sponsor of a bill to make Narcan available to a larger group of emergency responders, despite opposition from LePage.

However, when it comes to taxation, energy policy, and Medicaid expansion, Sanderson is on the opposite side of the aisle from her Democratic colleagues. Sanderson is the ranking minority member of the Health and Human Services Committee and a member of the Government Oversight Committee.

Sanderson, currently an employee of Eastern Traders, which procures lobsters for Canadian companies, has experience in billing and reimbursement in the health care industry. That experience is part of the reason she is adamantly opposed to Medicaid expansion, she said.

“When I look at the billing piece of it, there are real problems,” Sanderson said. “We’re in a position where we don’t have an infinite amount of money. We have to set priorities.”

Providing services to the elderly, children, and individuals with disabilities is already an established priority for Maine, but the state is struggling to provide those services, with several programs, such as home health services, severely underfunded, she said.

The focus of the Legislature should be on serving people with disabilities still on waitlists for services, children with special needs who are aging out of the school system, and the elderly, Sanderson said.

When it comes to Maine’s energy policy, the same “everything on the table approach” is needed, and should include renewable energy sources such as wind, solar, and hydropower, and other energy sources currently in use, Sanderson said.

Sanderson was opposed to LD 1649, “An Act to Modernize Maine’s Solar Power Policy,” and voted to uphold LePage’s veto of the bill. “It wasn’t an anti-solar vote,” Sanderson said. “It was an anti-long-term-contract-at-above-market-rate vote.”

The legislation would have raised the rates for all ratepayers, and many of her constituents are already struggling financially, Sanderson said. “I’m not going to vote for anything that raises rates for working families,” Sanderson said.

High energy costs are also affecting Maine’s economic growth, and serving as a disincentive to do business in the state, Sanderson said.

Sanderson supports LePage’s initiative to lift the requirement in Maine’s Renewable Resource Portfolio that only allows Maine to purchase renewable energy from suppliers with a production capacity of less than 100 megawatts.

Lowering energy costs is one way to attract businesses to the state and create a more friendly business environment, Sanderson said.

Sanderson would like to see a resurgence in technical and vocational training in high schools so there is a skilled workforce to fill the occupational vacancies that currently exist.

Sanderson is also in favor of continuing to reduce the income tax, a policy which is starting to reap rewards with a Pew Charitable Trusts report ranking Maine second for personal income growth, she said.

While Sanderson differs with her Democratic colleagues on issues of taxation, spending, and new programming within DHHS, “the overwhelming majority of work we do is bipartisan, and it’s good work,” Sanderson said.

“It’s an overwhelming honor to be sitting in that seat,” Sanderson said. “It’s an honor to be a representative and have the opportunity to bring the (voice of constituents) into the hall of the state capital.”