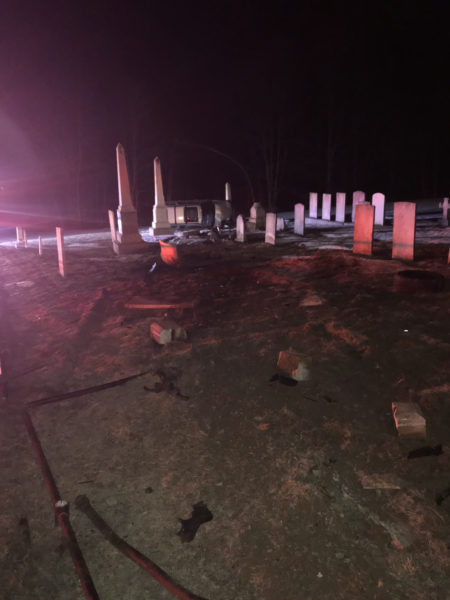 A 2006 Subaru Forester lies on its side in the churchyard cemetery at St. Denis Church in Whitefield early Tuesday, March 27. Damage to the cemetery’s fence and headstones is visible in the foreground. (Photo courtesy Lincoln County Sheriff’s Deputy Ryan Chubbuck)

A vehicle crashed into the St. Denis Cemetery in Whitefield and rolled over early Tuesday, March 27, damaging a section of fence and several headstones.

Katelyn N. Jaques, 19, of Whitefield, was driving a 2006 Subaru Forester south on Cooper Road at the time of the accident, according to Lincoln County Sheriff Todd Brackett.

Jaques did not stop at the stop sign at the intersection of Cooper Road and Route 126, lost control of the vehicle, and crashed into the cemetery.

The teenager was not hurt, according to Brackett.

The accident toppled over and damaged “several” headstones and the section of iron fence, Brackett said. He did not have an estimate for the damage, or know whether the vehicle had insurance to cover it.

The accident remains under investigation by the Lincoln County Sheriff’s Office. Sgt. Mark Bridgham and Deputy Ryan Chubbuck responded to the scene. Chubbuck is the investigating officer.

The first burial in the churchyard cemetery at St. Denis Church was in 1819, according to a history on the website of St. Michael Catholic Parish. The last was in 1913.

The church has a second cemetery nearby, Calvary Cemetery, which is still in use.

St. Denis Church is on the National Register of Historic Places and will celebrate its 200th anniversary June 10. 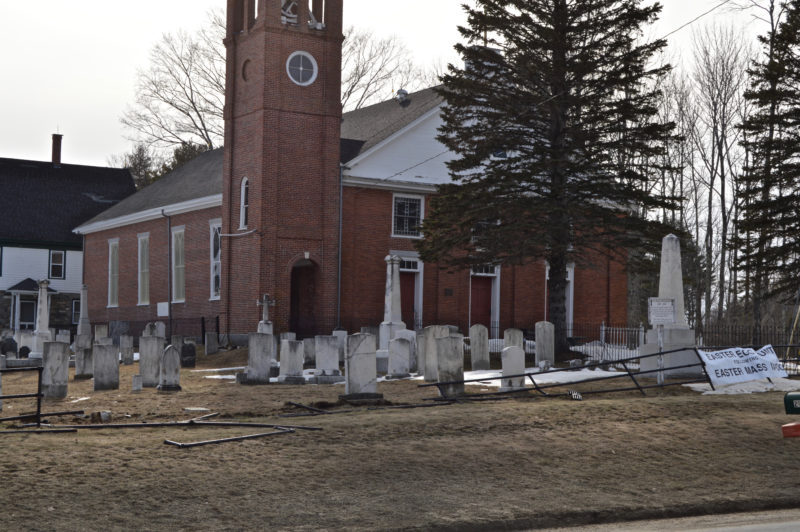